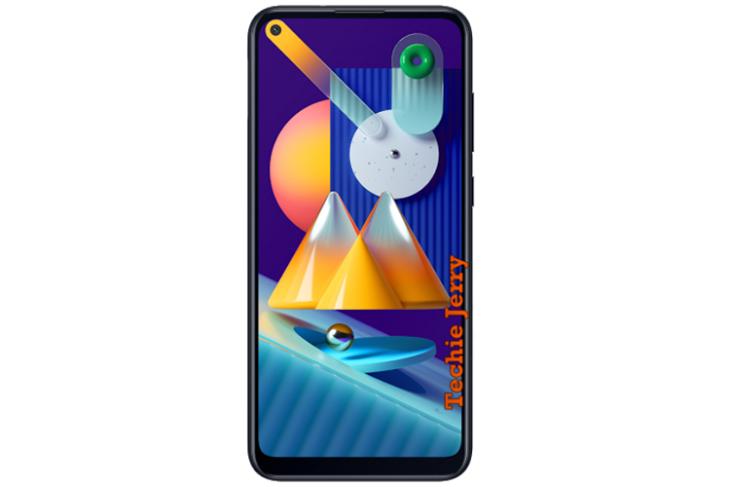 Samsung is reportedly working on a new device in its budget “M series”. The device in question is the Galaxy M11 and it has now been spotted on Google Play Console listing.

The listing was first spotted by Techie Jerry and it contains the render of the smartphone along with its key specifications. The most significant takeaway from the render is that the device will sport a punch-hole display or Infinity-O display, as Samsung calls it.

From the render image, it is evident that the volume buttons and the power buttons will be placed on the right side of the device. The edges are not curved and the handset has noticeable bezels at the sides and bottom portion.

According to the listing, the Galaxy M11 will sport a flat display with a 720 x 1560 pixel resolution and 280 pixel density. The exact dimension of the display is not known so far. It will be powered by Qualcomm’s Snapdragon 450 chipset and Adreno 506 GPU. We could expect 3 GB of RAM in the handset. 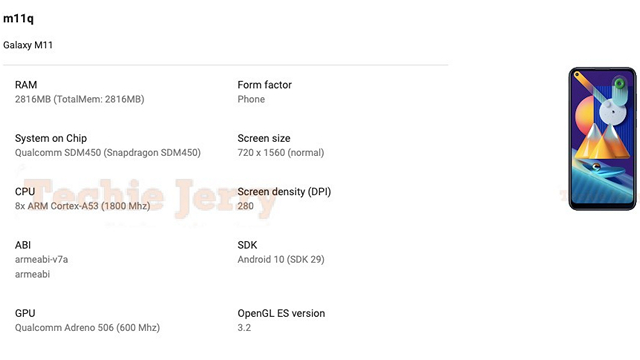 The Galaxy M11 will run Android 10 out of the box, hopefully with the latest One UI 2.0 on top. According to a recent SamMobile report, the device will come in black, blue, and violet color variants.

The handset passed through Wi-Fi Alliance in January, revealing that it would support just the 2.4 GHz Wi-Fi band. Now that the handset has made it to the Google Play Console listing, we could expect Samsung to officially announce the Galaxy M11 in the coming weeks.