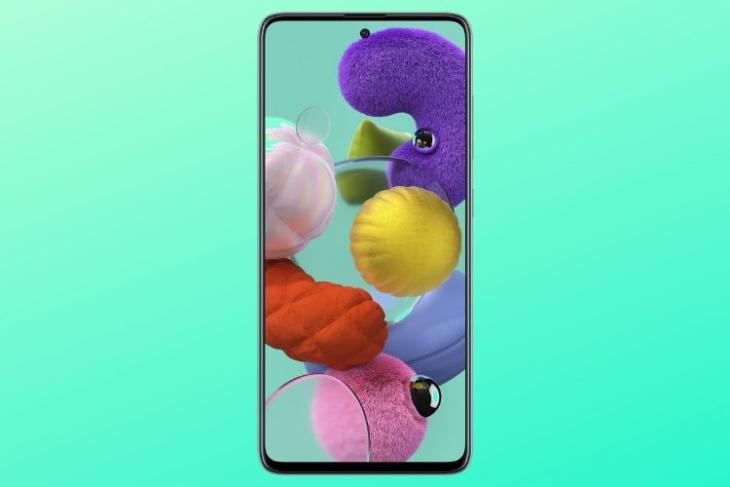 Samsung only recently launched the Galaxy A50s but rumors for its successor, which is dubbed as the Galaxy A51, has been flooding the Internet for quite some time now. We have already seen more than a few design and specifications leaks for Samsung’s mid-ranger. But, a new report gives us a look at the official Galaxy A51 press renders, along with the device’s specifications.

Starting off with the design, the official renders attached below show that Samsung will make the Galaxy A51 stand out from its competitors by adopting the center punch-hole display design. The device is expected to feature a 6.5-inch FHD+ Super AMOLED panel with minimal bezels, an in-display fingerprint scanner, and a 32MP selfie camera. 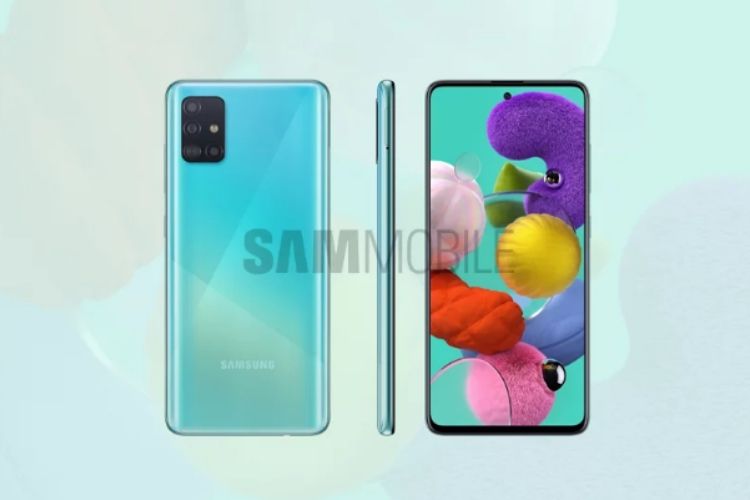 Turning our attention to the rear, Samsung will carry forward its ‘3D Glasstic’ design with the Galaxy A51. It will continue to boast the 3D prism pattern seen on the A50s but bring along new pastel colors including Prism Crush White, black, pink, and blue. There’s also a bigger rectangular camera bump on board now and it could become a standard in Galaxy phones going forward – including the Galaxy S11 series.

In the camera department, you are going to get the same 48MP (f/2.0) primary sensor we’ve seen on the Galaxy A50s. It will be coupled with a 12MP (f/2.2) ultra-wide-angle lens, a 5MP depth sensor, and a dedicated 5MP macro camera. Samsung is expected to boast about the detailed macro pictures that Galaxy A51 will enable you to capture. 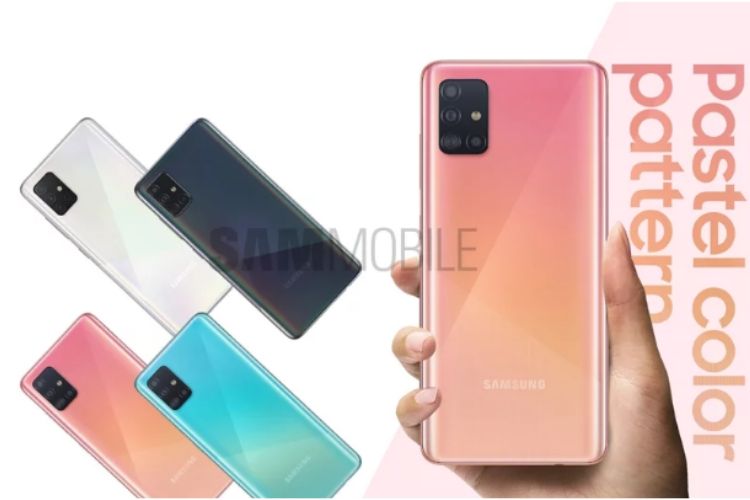 Under the hood, Galaxy A51 is expected to be powered by the Exynos 9611 chipset, coupled with up to 6GB of RAM and 128GB of storage. It will also come equipped with a 4,000mAh battery to keep the device running. There’s also 15W fast-charging support, same as its predecessor on board.

Though Samsung hasn’t explicitly mentioned when the Galaxy A51 will be launched, the event teaser posted by Samsung Vietnam hints at the arrival of its 2020 A-series phones with the new center-aligned punch-hole display on December 12. The Korean giant could take the wraps off its next-gen A-series, including the Galaxy A51 and Galaxy A71, at its Vietnam next week.