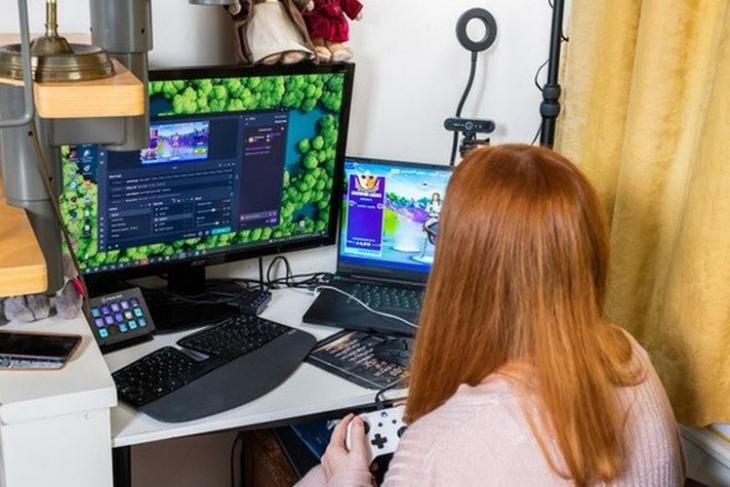 While parents usually hold back their kids to get more involved in video games, a 58-year-old mother of a Fortnite pro player recently signed a contract with a gaming influencer organization to earn her place in the competitive gaming space. Yes, you heard it right! Anne Fish, who became a Fortnite streamer just a year ago, will now be paid by a gaming influencer organization for her Twitch streams and YouTube videos.

Now, if you are thinking that Anne was into Fortnite or any other battle royale titles before, you are completely wrong. She is actually the mother of the popular esports player BenjyFish, who started his professional esports career playing Fortnite a few years ago.

Anne initially used to manage her son’s career in the pro-esports scene before she started playing Fortnite a year ago. She says that she got into the game as she wanted to understand it more. She also admits that she had not picked up a controller since she played games on her eldest son’s Nintendo 64, which was around 15 years ago.

“I was really bad at first. I just sort of camped and hid from other players in case I got killed. Slowly, you know, I started to get better. My reflexes aren’t as good as young players, so I have to be more strategic. I thought it’d be really cool to see if I could get to champions division as a solo, which I did,” she told BBC in a recent statement.

After she started getting the hang of the game, she started streaming from her room and became a popular face in the Fortnite community on Twitch as well as YouTube. Now, a gaming influencing company called Galaxy Racer has offered Anne a contract that would allow her to earn money from her content on various social platforms.

Although the details of the contract are currently under wraps, Galaxy Racer CEO Paul Roy states that they are “thrilled” to acquire Anne “mamabenjyfishy” Fish as the roster’s latest addition.

“Having proved her Fortnite skills at our recent tournament, The Aubameyang Cup, her years of experience in the industry, including managing Benjyfishy, and a shared passion for nurturing greater inclusivity within gaming and esports, we are proud to welcome Anne into the Galaxy Racer family,” Roy said in a statement.

So now, Anne would be joining her streams on Twitch and YouTube as mamabenjyfishy and would be paid for her content. However, her ultimate dream is to challenge her son Benjy in the Fortnite arena someday, which she says would be difficult because of the skill gap. But nonetheless, she said that she will try and we believe that she can do it.