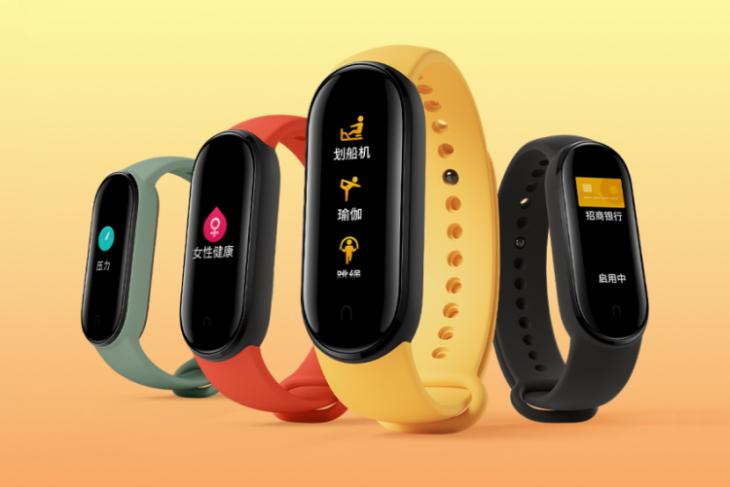 Earlier last week, we learned that Xiaomi will take the wraps off Mi Band 5, its next-gen fitness tracker, in China on June 11. The company only confirmed the name and did not reveal anything about its design or features. Today, however, Xiaomi took to Weibo to give us a first look at the Mi Band 5.

Xiaomi took to its official Weibo account to share the teaser poster attached below. It confirms that the Mi Band 5 will feature almost the same design as its predecessor. A closer look at the poster will tell you that the display will be slightly curved at the edges as compared to the Mi Band 4‘s flat design. The circular button underneath the display is replaced with an inverted U, first seen on Mi Band 4 NFC Edition.

The teaser poster sort-of confirms that Mi Band 5 will most likely be a minor upgrade over Mi Band 4.

Another minor observation is the new strap design. The solid-color straps will soon be accompanied by dual-colored bands, with a colorful wrist strap (red and yellow shown below) and a black band encasing the pill. It looks more minimal and I would pick the latter over any colorful band any day. 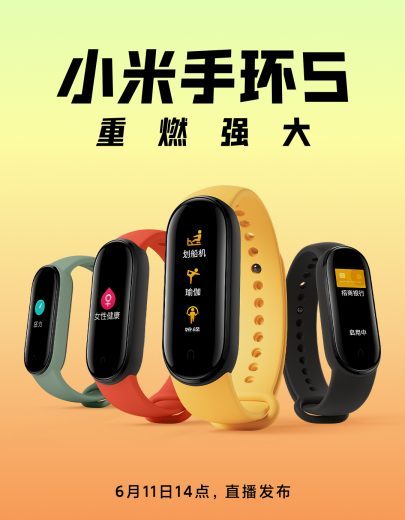 The poster also gives a sneak peek at some of Mi Band 5’s features, including NFC support for payments on the move (carried forward from the Mi Band 4 NFC Edition), multiple sport modes, women’s health suite (new addition), and pressure. I ain’t sure what pressure refers to but we will learn about it in a couple of days.

The rumor mill further suggests that Mi Band 5 will feature an SpO2 sensor to monitor blood oxygen levels. It might also replace Xiao AI, the company’s voice assistant, with Amazon Alexa in global markets. Finally, we expect to see Xiaomi bundle a new type of charger with this fitness tracker.

What are your expectations from the Mi Band 5? Let us know in the comments below.