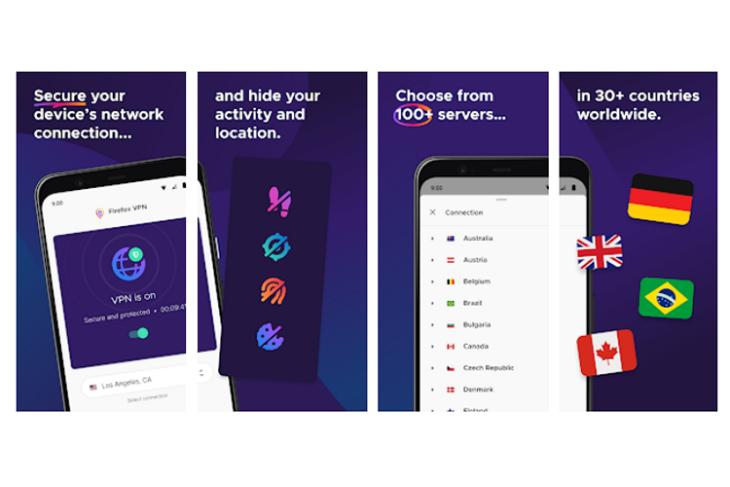 The app is available for all invited users in the United States right now. Firefox will be expanding the service to more regions in the near future. If you’re interested to test Firefox Private Network, you may sign up for your invite here.

For the uninitiated, Firefox Private Network is powered by Mullvad and makes use of the WireGuard protocol. The company promises that it doesn’t breach your privacy by avoiding the practice of logging network activity.

Firefox Private Network lets you choose from servers across over 30 countries. You can use the service in up to 5 devices simultaneously. Unlike the in-browser VPN, you will have to pay to use the full-device VPN service. During the beta program, the service can be availed at $4.99 per month. The price is expected to be increased once the service gets a wider public rollout.

Using the app is quite simple. If you have received an invite, download the VPN, choose your preferred server, and hit the toggle to start browsing privately. Since this is a paid service, you will not be getting any annoying ads.

With this expansion, Firefox Private Network beta testing is now available on Windows 10, Android, and ChromeOS platforms. Firefox has plans to expand the testing program to iOS, Linux, and Mac in the coming months.

Firefox Private Network Enters Open Public Beta in the US; Will Launch as Mozilla VPN