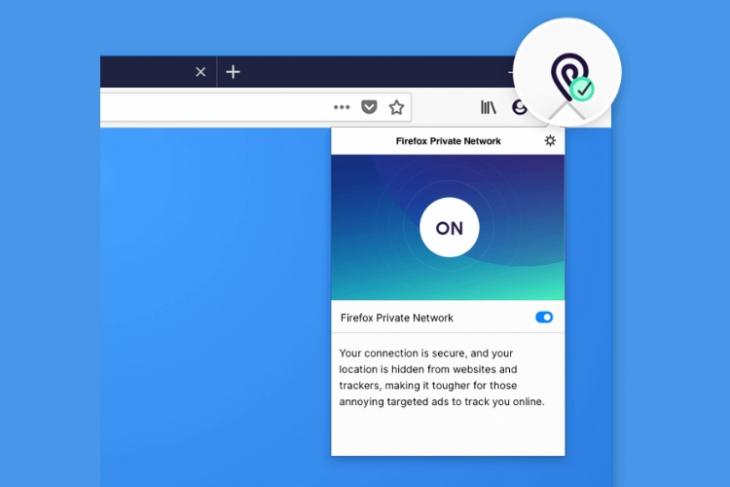 Mozilla is known to heavily focus on user privacy and well, its latest move only further reinforces this rationale. The non-profit organization has made available on its Firefox browser a new VPN service for users to try out – that too free of cost. This is similar to what Opera already provides through its desktop browser, but you’ll need to install an extension to access Firefox’s offering.

Firefox has resurrected its Test Pilot program, which was originally started 3 years ago. This program housed groundbreaking new features at the start, but it has undergone a number of iterations over the years. It’s now back to Firefox is a new form and will now focus on testing new features.

Mozilla writes that it’s not looking to test experimental ideas through the new Test Pilot program. Instead, it’s now going to be more like a traditional beta program that will let users try out new features in the stable release, without having to switch to a beta channel.

Firefox’s new VPN service is called Firefox Private Network and it is currently in beta. You will need to be logged into your Firefox account and using the browser on the desktop or laptop to try it out. It’s “an extension which provides a secure, encrypted path to the web to protect your connection and your personal information anywhere and everywhere you use your Firefox browser,” says the official blog post.

The Firefox Private Network VPN service, which is an extension launched as part of the freshly resurrected Firefox Test Pilot program, is available to users in the United States right now. Features that are launched as part of this program undergo rigorous testing (with feedback from testers) before officially rolling out to everyone.

Mozilla has partnered with Cloudflare, who is providing the proxy servers, for the VPN service. It has chosen Cloudflare for its strong privacy controls that limit what data is collected and how long it’s kept on their servers. Firefox Private Network doesn’t give options for where the network should be routed from, like Opera, but it will help mask users’ IP address and browse the Internet freely.

Firefox Private Network Enters Open Public Beta in the US; Will Launch as Mozilla VPN