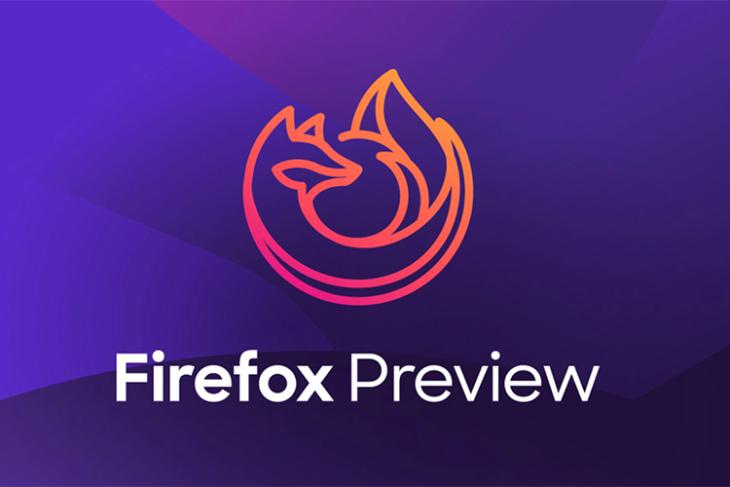 Late last year, Mozilla shared its work on including its Gecko web engine into its Android browser – Firefox Focus. The company also shared its progress on separating the Gecko engine to make it a reusable library for creating Android apps that can use the full power of the open web-standards.

Fast forward to today, and the company has announced that it’s releasing a new browser, called Firefox Preview on Android – its first Android app that’s fully built on the Gecko engine, and Mozilla Android components.

With Firefox Preview, Mozilla is hoping to build, test, and deliver new features to its users, and the company also says in its blog post that it’ll be using Firefox Preview to “explore new concepts for how mobile browsers should look and feel.”

The Firefox Preview app comes with a bunch of privacy-focused features, including always-on tracking protection to prevent websites from stalking you all across the internet. There are also other useful features such as a new Collections feature that lets you create collections of tabs that you frequently open together, so you can get back to them quickly when you need to.

There’s a dark mode here as well, which you can enable or disable manually, or set to work according to your device’s theme, which is awesome, and definitely something I love.

Firefox Preview is available on the Play Store right now, so you can go ahead and download it to check out what Mozilla is working on, and probably get early access to new and upcoming features that the company is working on.