Skip to content
Home News Facebook Apologizes for Shocking Survey on Pedophilia; Says It Was a Mistake

To add to its woes from a slew of ongoing controversies, Facebook has managed to attract some more unwanted attention due to further internal mistakes. The social media giant sent users a survey asking how the company should react if/ when adults requests sexual pictures from children.

As The Guardian noted, Facebook was seeking opinions from users on what its rules should be in regards to a ‘private message in which an adult man asks a 14-year-old girl for pictures‘.

Jonathan Haynes, Digital Editor at The Guardian, tweeted about this survey on Sunday. In case you’re wondering, here’s what Facebook asked, “In thinking about an ideal world where you could set Facebook’s policies, how would you handle the following: a private message in which an adult man asks a 14-year-old girl for sexual pictures.” 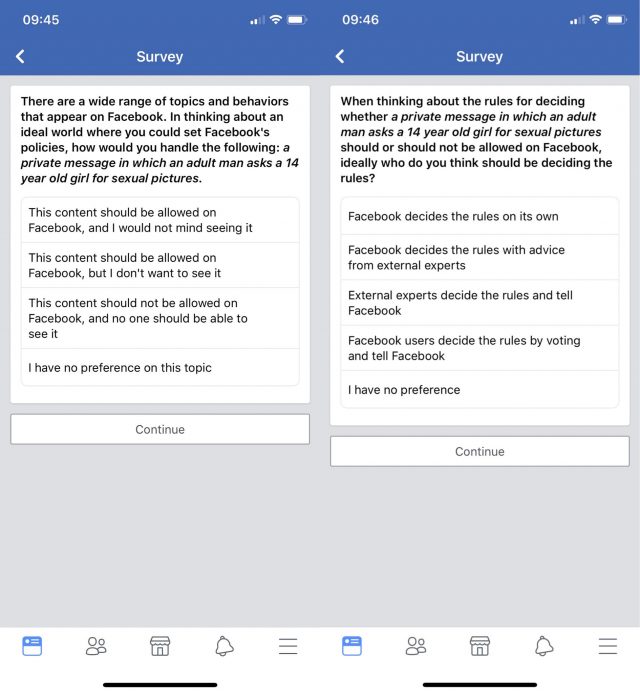 Naturally, Facebook was criticised for this survey. However, Guy Rosen, Facebook’s Product VP decided to jump in. He tweeted back to Haynes accepting that it was a mistake, and the questions shouldn’t have been a part of this survey.

Following that, a Facebook spokesperson said, “We have prohibited child grooming on Facebook since our earliest days; we have no intention of changing this, and we regularly work with the police to ensure that anyone found acting in such a way is brought to justice.“