Facebook has started a pilot program for Subscription Groups where admins can create a sub-group with exclusive content, be it handy how-to tutorial videos or self-help articles, which can only be accessed by paying members. Popular content creators or admins of Groups with a sizeable membership don’t have to create an entirely new group for sharing exclusive content.

Facebook’s Product Director of Groups, Alex Deve, said members can pay a monthly subscription fee ranging from $4.99 to $29.99 to access the exclusive content. 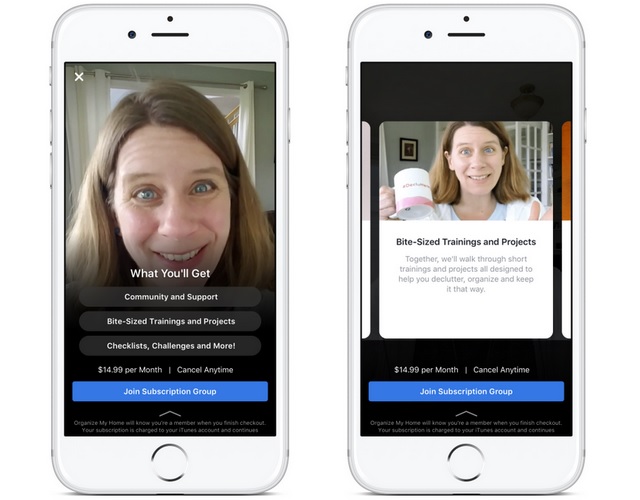 Facebook is testing the subscription model with select users and groups who signed up for the program. Facebook’s Subscription Groups initiative is similar to another pilot program the company started back in March, which allowed fans to support video creators with a monthly payment in exchange for perks like some exclusive content and badges to highlight their status as an active supporter.

Subscription groups were created to make it easier for admins to provide these experiences with built-in tools, and to save them time so they can focus on offering members-only content.

Members will be able to sign-up for the subscription program and manage their payments via the Facebook app for Android and iOS.

“It’s not so much about making money as it is investing in their community. The fact that there will be funds coming out of the activity helps them create higher-quality content”, Deve was quoted as saying by TechCrunch.

Subscription Groups will only become active when the Facebook Group has a sizeable membership. The admin of such groups will post an invitation to members to show a preview of the exclusive content, which they can view fully, after paying for it.