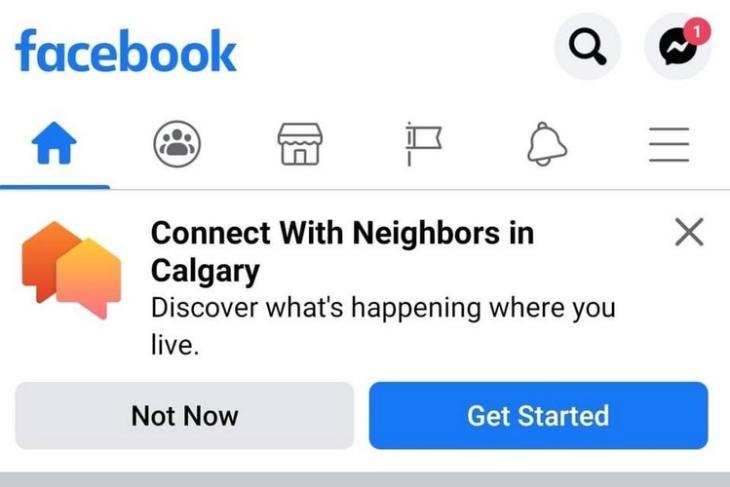 Facebook, apart from improving its existing apps and bringing high-speed internet to rural areas, has started testing a new community-focused feature to bring neighbors together. The feature, dubbed as Neighborhoods, will bring local posts, groups, and marketplace items on the users’ feed to help them connect with people who live near them.

This new feature was spotted by social media consultant, Matt Navarra. Following his tweet (below) about the Neighborhoods feature, a Facebook spokesperson confirmed that the social media giant is rolling out the feature for select users, as of now.

Facebook is taking on NextDoor with a NEW ‘Neighborhoods’ feature! 🏘🏡

“More than ever, people are using Facebook to participate in their local communities. To help make it easier to do this, we are rolling out a limited test of Neighborhoods, a dedicated space within Facebook for people to connect with their neighbors,” said the Facebook spokesperson, as per the report.

Now, the Neighborhoods feature is designed to bring people who live near each other together to form a confined community on Facebook. Users will be able to create their own “Neighborhood” groups on Facebook.

Then users will have to give access to their locations to Facebook to locate other users in their respective areas. Then each of these “Neighborhoods” groups will display posts and marketplace items from local users.

Users will also be able to switch Neighborhoods and manage each of them individually. Moreover, they will have dedicated privacy options to control their activity in each of these “Neighborhood” groups.

Now, Facebook is not the first one to introduce this feature in the market. Community-focused social media app, NextDoor has had this feature for a long time. However, as Facebook has a massive userbase, I think that this feature can help connect a lot more users than NextDoor, which has close to 27 million users in total.

It is still not confirmed how many users are getting access to this feature currently or when it will be released for the public. Facebook mentioned that the feature is only in its testing phase right now and they will make necessary changes to it according to the community feedback.