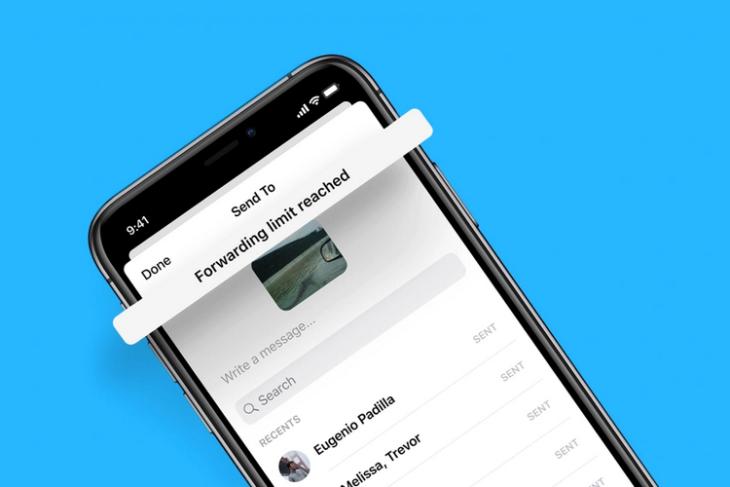 Taking a leaf out of WhatsApp’s book, Facebook Messenger is now imposing a forwarding limit on its platform. Following today’s decision, messages can only be forwarded to five people or groups at a time on the platform. In an official blog post on Thursday, Jay Sullivan, the Director of Product Management for Messenger Privacy and Safety, said that the change is part of the company’s ongoing efforts to fight the spread of misinformation and provide people with a “safer, more private messaging experience”.

According to Sullivan, controlling the spread of misinformation is critical as several countries, including the US, are preparing to hold general elections even as the global COVID-19 pandemic continues to rage. “Limiting forwarding is an effective way to slow the spread of viral misinformation and harmful content that has the potential to cause real world harm”, he said. According to him, the action will help curb the efforts of those looking to cause chaos, sow uncertainty or undermine accurate information.

Sullivan further highlighted some of the steps that Facebook has taken to help users keep spammers and malicious actors at bay. The platform had earlier introduced features like safety notifications, two-factor authentication, and easier ways to block and report unwanted messages. This new feature provides yet another layer of protection by limiting the spread of viral misinformation or harmful content and will, hopefully, help keep people safer both online and off.

The forwarding limit on Facebook Messenger comes a few months after its stablemate, WhatsApp, imposed similar restrictions on its own platform to clamp down on the wild rumors and crazy conspiracy theories. That move did not see too much protest from users, so the latest decision might also work out fine for the social media giant.