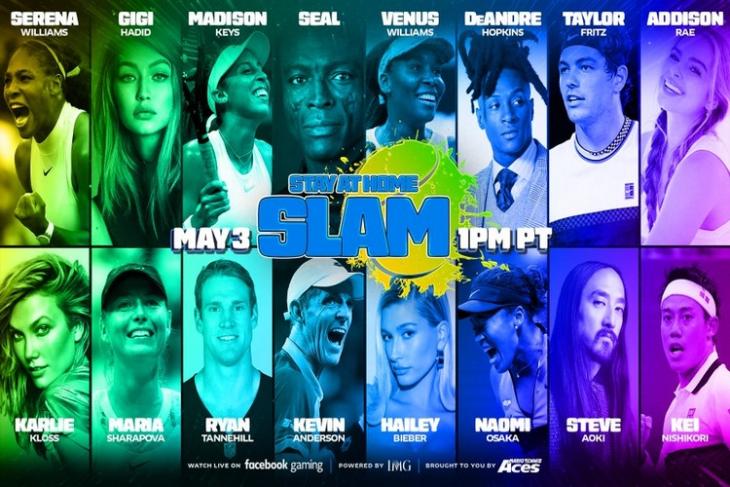 The coronavirus pandemic might have forced everyone to stay at home and practice social distancing but that won’t stop tennis players from playing the game they love, at least virtually. Facebook Gaming has teamed up with popular tennis players and celebrities to conduct a virtual tennis tournament.

The biggest names in tennis are grabbing their virtual rackets for the #StayAtHomeSlam, live on Facebook Gaming this Sunday (May 3), in partnership with @IMGTennis.

The players will compete in Mario Tennis Aces that involves $1 million in prize intended for charity donation. “Every competitor will receive a $25K donation to the charity of their choice – with our ultimate winners donating $1M to charity!”, Facebook Gaming added.

The tournament is called Stay At Home Slam and involves players like Serena Williams, Maria Sharapova, Venus Williams, and Kei Nishikori. Below is the complete lineup of players.

Facebook Gaming will make use of the recently announced Tournaments feature to conduct these matches. The event will be streamed on Facebook Gaming on May 3, 4 PM EST (May 4, 1:30 AM IST). If you’re interested, you may tune in to Facebook Gaming to catch the action live.

Here’s a Quick Look at the Facebook Gaming Mobile App