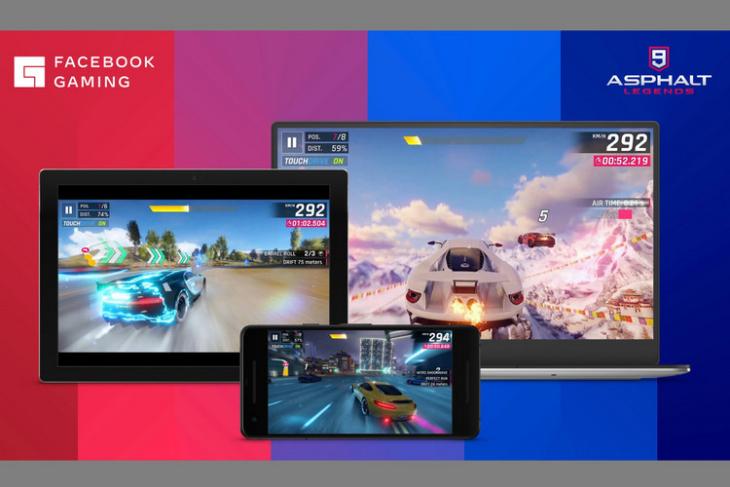 Facebook has unveiled a new cloud gaming service that will enable users to stream free Android games via Facebook.com and the Facebook Android app. In an official blog post, the company said: “All cloud-streamed games are playable in the same way you play games now on Facebook — whether it’s in our Gaming tab or from News Feed”.

The first set of games available this week include Asphalt 9: Legends by Gameloft; Mobile Legends: Adventure by Moonton; PGA TOUR Golf Shootout by Concrete Software, Inc.; Solitaire: Arthur’s Tale by Qublix Games; and WWE SuperCard by 2K Games. The company plans to add Dirt Bike Unchained by Red Bull in the coming weeks. What’s more, the company says that it will continue to test new experiences and expand the games library going forward.

The games can be played normally without any additional hardware or controllers, since they are all compatible with keyboards and mice on desktops. The service is launching in beta only on Android and the web, with the company specifically saying that it won’t be available on iOS any time soon. Blaming Apple’s “new cloud gaming policy” for its decision to forego iOS, Facebook said that launching the service on the App Store may not be a viable path in the foreseeable future.

The company, however, said that the service might be available on iPhones via web-browsers, but there’s no official timeline for that just yet. “Stay tuned as we work out the best way for people to play games when and how they want, regardless of what device they bought”, said the company.

You can check out Facebook’s new cloud gaming service at fb.gg/play.