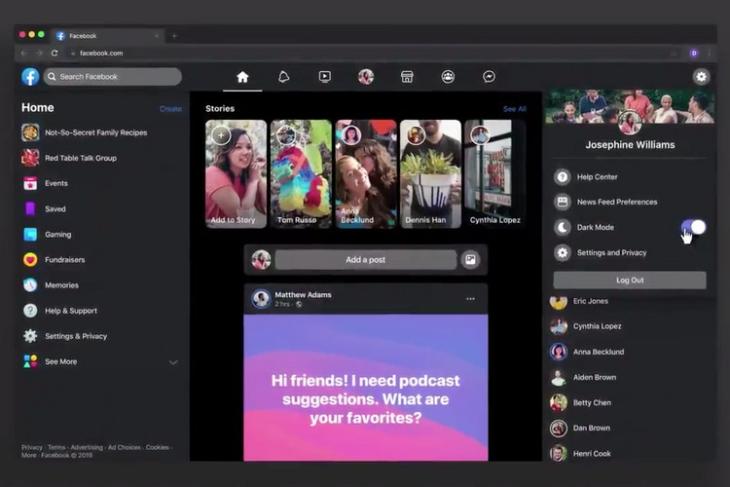 Facebook has started the public beta testing of its redesigned website interface that bears a striking resemblance to the screenshots showed off by the company at its latest F8 developer conference earlier this year. As can be seen from the screenshots shared by some Twitter users, the new UI not only contains an optional dark mode, but also a distinctly Twitter-like interface.

As can be seen from the embedded tweet below, the company is inviting select users to test out the new UI with a simple invitation that reads: “We are excited for you to try a fresh, simpler experience of the Facebook website”. Calling its new UI a “new streamlined way to navigate”, the company says its “Larger fonts and simplified layouts will make it easier to do what you want”.

Got the invite to try Facebook's new desktop design and yes it includes a dark mode 🙌@MattNavarra pic.twitter.com/buCJBdgQ5I

Do note that these early beta testers will also have the option to go back to the old UI via a simple toggle in case they don’t like the new interface. However, Facebook is yet to confirm the developments officially, and there’s no immediate word on when it might be rolled out universally. Also, the screenshots seen above represent the test version, which means the final product may differ somewhat from these images.

As things stand now, you can apparently only have access to the new version on an invite-only basis, but that should, hopefully, change in the days ahead with more users starting to see the toggle to try out the new interface. Personally, I haven’t received the invite yet, but from what I can see, the dark mode makes it look fairly compelling. Having said that, I’m yet to be convinced by all the changes.