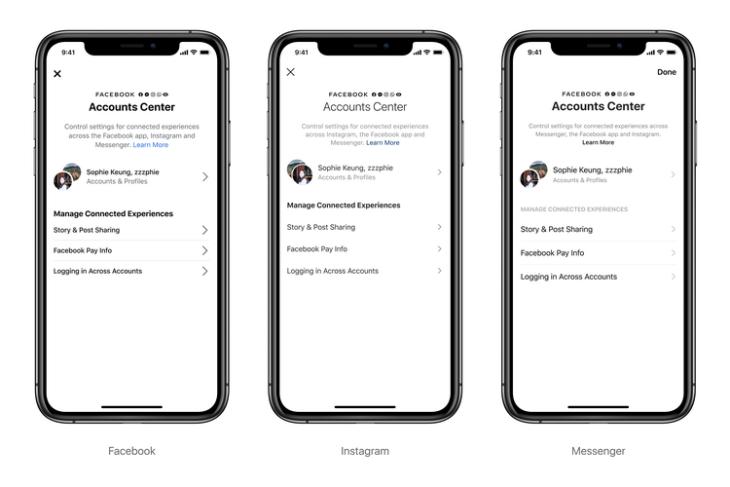 Facebook on Tuesday announced that it is testing a new feature called ‘Accounts Center‘ that will enable users to control the integrations between their Facebook account, Messenger and Instagram. The feature, which can be accessed from the ‘Settings’ menu on all three apps, will also allow users to turn on or off features like ‘Single Sign On’, which allows users to have a single authentication for all Facebook-owned services.

Accounts Center will offer three types of account-linking options. As can be seen in the screenshots, the first one is ‘Story Post and Sharing‘, which will enable users to cross-post their Stories and updates across each app. Next is ‘Facebook Pay Info‘, which will enable users to authorize payments via their linked Facebook Pay details. Finally, there’s the ‘Logging in Across Accounts‘ option that would allow users to log into all Facebook-owned services without having to re-enter their log-in details for every app separately.

According to Facebook, Account Center will also give users the option to sync changes to their name and profile photo across these three services. However, it won’t force users to use the same identity across all Facebook apps. For example, “you can still choose to be Aisha Ahmed on Facebook … and @bakersdozen on your Instagram account”, said the company.

For users in the US, the company is also adding Facebook Pay to the Account Center, enabling users to enter their payment information once on Facebook and then use the payments service to make secure purchases and donations across Facebook and Instagram.