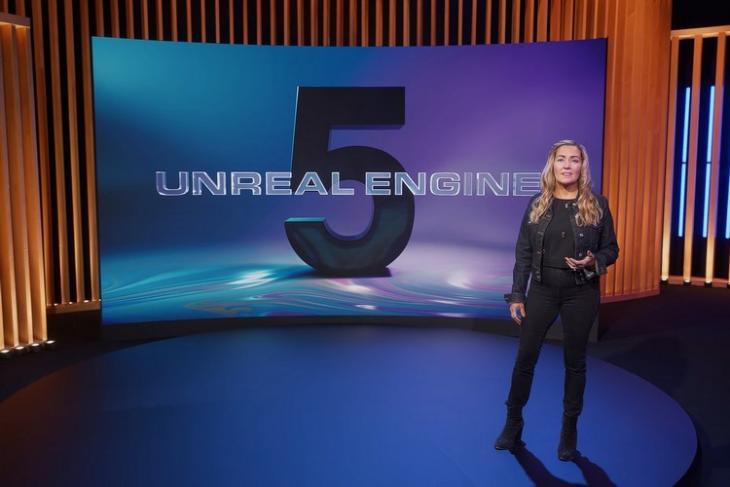 After announcing the next-gen Unreal Engine 5 back in 2020, Epic Games has now made the tool officially available for all creators out there. The company made the announcement during its recent State of Unreal virtual event and stated that the Unreal Engine 5 is now available for “production-ready use.” So, let’s dig into the details right below.

Lumen is a new dynamic lighting technology that enables developers to add indirect lighting to virtual scenes that adapt to changes in geometry and direct lighting in real-time. With this, developers will be able to easily create and edit lighting effects inside the Unreal Editor without needing to create lightmap UVs, wait for lightmaps to integrate, or place reflection captures. The developers will be able to see the final lighting that their players will see when running the game on a target platform during the development process.

Developers can also take advantage of Temporal Super Resolution (TSR) technology, which is a built-in, platform-independent, high-quality upsampling system, to render at a much lower resolution. However, the render will be on par with pixel fidelity to frames at a higher resolution.

Other than these, Unreal Engine 5 comes with several new open-world toolsets like a new World Partition system that automatically divides a virtual world into grids for easier management. The One File Per Actor (OPFA) system enables the creation of different versions of the same world and allows multiple developers to work on the same region of a virtual map simultaneously without hindering others’ changes.

Furthermore, the program brings various built-in characters and animation tools to help developers create the best games for consoles and PCs. There’s also support for an enhanced editor UI, in-editor modeling, UV editing, baking, and more. You can check out Epic’s official blog post to learn more about the other features of Unreal Engine 5.

As for the games that will be based on Epic’s Unreal Engine 5, we recently saw CD Projekt Red announce a new Witcher title that will use Unreal Engine 5. Plus, Epic has also released two sample projects, including the Lyra Starter Game and the City Sample from the Matrix Awakens: An Unreal Engine 5 experience. These are currently available to download for free on Epic’s official website and will provide a starting point for developers to create immersive gameplay experiences and virtual environments.

So, if you are a developer, it is an exciting day as you will be able to download and use Unreal Engine 5 for your upcoming projects from today. You can go to Epic’s official site and download the Epic Games launcher to access the tool. Also, let us know your thoughts about it in the comments below.