While most social networking apps like Twitter and Instagram embraced dark mode quite a while back, Facebook had been lagging behind. The social media giant had disclosed earlier in 2020 that it was working on a dark mode and would launch it soon. However, the mobile app for iPhone and Android was kept in the waiting, while both the web app and Facebook app got it much before. Finally, the long wait is over as you can now enable dark mode in Facebook on iOS and Android device.

Though Facebook is yet to officially divulge details about the rollout of dark mode, Facebook’s technology communications manager, Alexandru Voica, and serial leaker Jane Manchun Wong have revealed that Dark Mode has gone live.

Do note that it’s a phased rollout. So, the feature may not yet be available on your device. Before trying out the steps below, make sure to update the social networking app.

Once you have updated the Facebook app on your device, launch it.

2. Now, tap on the menu button at the top/bottom right corner of the screen.

5. Up next, you have three options: 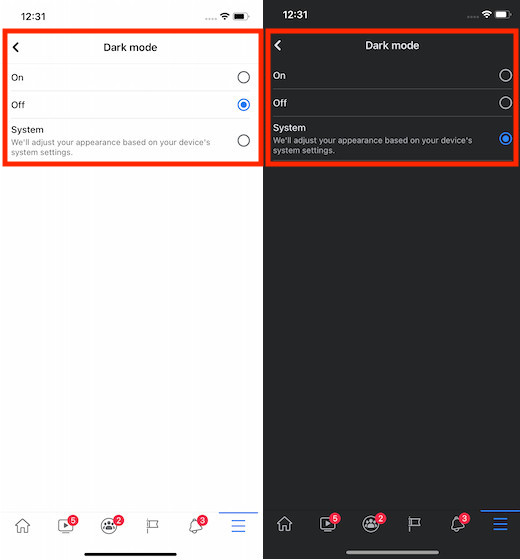 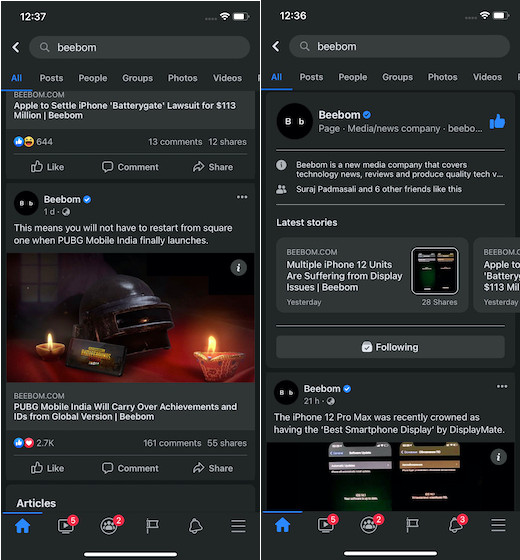 Depending on your needs, you can choose the preferred option. The change will come into effect immediately.

Turn On/Off Dark Mode on Facebook on iOS and Android

So, that’s the way you can enable Dark Mode on Facebook on your iPhone and Android. Whether it’s enhancing the viewing experience or boosting the battery life, the dark theme comes in really handy. That’s the reason why it’s demanded by most users.

With around 2.5 billion users, Facebook remains by far the most loved social networking app. From letting you share photos/videos to creating a page to connect with your followers/clients, to playing instant games, the app has got a wide range of features to keep you interested. Let us know the sort of features you still want to see in it.