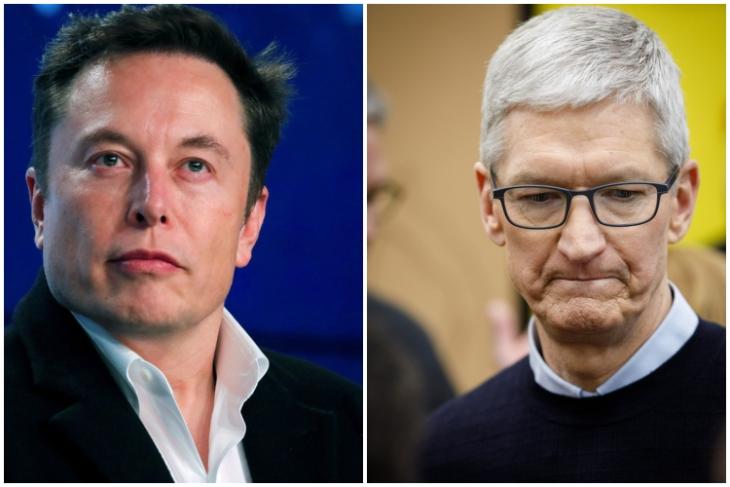 Just a day after the sketchy report about Apple’s autonomous electric car, the eccentric Elon “Tony Stark” Musk says that he gave Apple a chance to acquire Tesla. But, Apple CEO Tim Cook refused to meet him. The statement comes via a tweet that Musk shared recently.

According to his tweet, it was “during the darkest days of the Model 3 program” when Musk offered Apple to acquire Tesla for 1/10 of its current value. However, Tim Cook allegedly refused to meet Musk, and Tesla never came under Apple.

Now, in case you are unaware, a recent report states that Apple will be starting the production of its long-rumored electric car from 2024. This report also states that the Cupertino giant will be bringing a unique “monocell” battery to reduce the cost of batteries and increase the range of electric vehicles. It also stated that Apple is experimenting with new battery chemistry using LFP or liquid iron phosphate.

So, Musk’s initial tweet (below) came as a response to the aforementioned report. He pointed out that “Tesla already uses iron-phosphate for medium-range cars”, and “a monocell is electrochemically impossible, as max voltage is ~100X too low.”

– Tesla already uses iron-phosphate for medium range cars made in our Shanghai factory.

– A monocell is electrochemically impossible, as max voltage is ~100X too low. Maybe they meant cells bonded together, like our structural battery pack?

Following this tweet, Musk shared the story of not getting a meeting with Cook to discuss the possibility of acquiring Tesla. You can check out the tweet right below.

During the darkest days of the Model 3 program, I reached out to Tim Cook to discuss the possibility of Apple acquiring Tesla (for 1/10 of our current value). He refused to take the meeting.

Now, there’s no way to know what the electric car maker’s future might have looked like under Apple. It has, however, garnered a lot of praise over the last 5-odd years and even surpassed traditional carmakers in terms of market value.