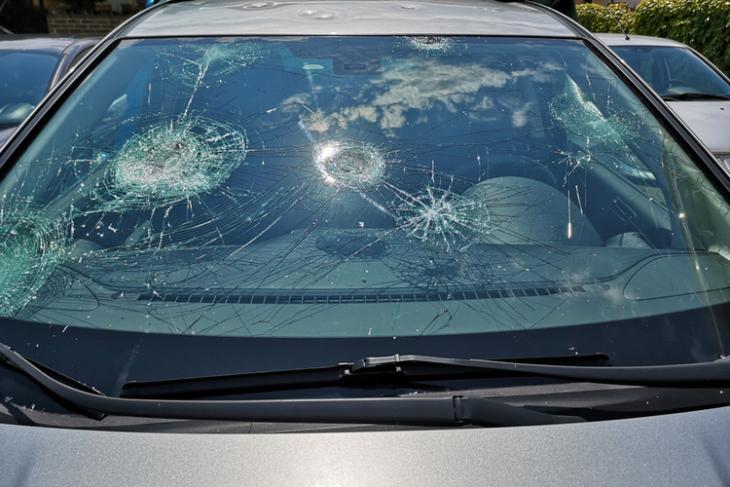 Although there is no news about Apple launching the “Apple Car” in the near future, the company continues working on tech for its long-awaited vehicle. We have seen the company file a lot of patents for hi-tech headlights and an autonomous system for cars. Now, according to a recent patent, the company is working on a system to detect and warn drivers about cracks in car windows.

Recently granted by the US Patent and Trademark Office, the patent titled “Systems for detecting cracks in windows” suggests that the Cupertino-based giant is working on a way to detect any nicks and cracks in car windows and warn the drivers about it. It is similar to the “Tyre-Monitoring System” that Bridgestone and Microsoft developed recently.

According to the patent, the new windows will come with an infrared-light-blocking layer paired with a conductive layer on top along with control circuitry.

The control circuitry will apply ohmic heat currents to the windows which will warm up them up. Then the conductive layer on top will perform two tasks – measuring resistance and assist with the ohmic heating.

These special windows will also feature segmented terminals along their edges. These segments made of elongated metal strips will be used to apply the heating current. These strips will also have the ability to make electrical measurements, read emissions from other terminals that pass via the conductive layer.

Now, when a crack or a nick forms on any of the windows, it will break some parts of the glass layers which will result in uneven passing of the heating currents through the conductive layer. So, when there is uneven current distribution, there will be a resistance that can be easily measured by the metal strips along the edges.

This way, the system will be able to detect any cracks or breaks in the windows of the cars, and even houses potentially. After detecting the cracks, the system can even easily inform the drivers via the in-car infotainment system or the embedded display in the “Apple Car”.

Apple Car Might Integrate an Advanced Sunroof with Variable Opacity

Tired of Waiting for the Apple Car? Get This “Apple Car” Instead for $500k

Proposed Tech Export Ban in US Could Affect Apple iPhones, Other Devices