PlayerUnknown’s Battlegrounds, better known as PUBG by all, kicked off the battle royale phenomenon earlier last year and has been all the rage ever since. It has made its way to our smartphones in the form of PUBG Mobile, followed by the launch of a slimmed-down variant called PUBG Mobile Lite as well. However, it seems like the gaming giant is looking to expand the game’s availability to more users around the world, which is why it has now launched a lightweight variant of their PC title – PUBG Lite.

What is PUBG Lite?

As the name tells you, PUBG Lite is a lightweight and slimmed-down version of the popular battle royale game – PlayerUnknown’s Battlegrounds that’s capable of running on PCs with less powerful hardware. It was first launched back in October last year as PUBG Project Thai and was available solely in, well, Thailand for testing – that too on an invite-only basis.

However, this closed project that was limited to 100 players has since been renamed to PUBG Lite and is now open to all users in Thailand. The core gameplay here remains the same, where 100 players drop on an island (currently just Erangel), grab some loot, and get down to fighting to be that last man standing.

Well, now that you know what the requirements for this lightweight version of PUBG are, here are the steps you need to follow to install the game on your PC:

1. Head to the PUBG Lite website via Google Chrome (so it automatically translates Thai into English for you to understand).

3. It’s simple. Just click on the ‘Download’ button on the home page to go to download section, scroll down and click the orange ‘Download’ button to get the PUBG Lite setup. You can install it but don’t run it right away (why, you ask? more on this below). 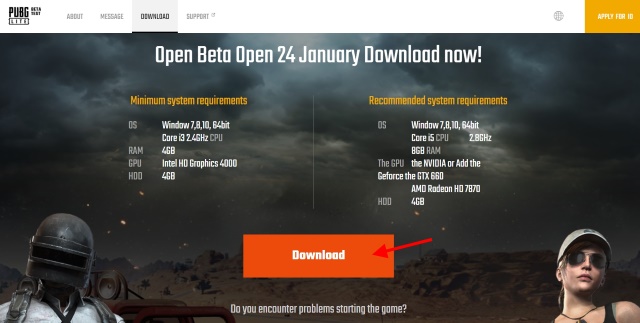 3. Now, you need to click the ‘Apply for ID’ button on the top right and enter the required credentials to create your account. This is an important step as this PUBG ID will be required to log into the game.

4. Next, head to your email account and click the ‘Confirm to Register’ link to verify your PUBG ID. Voila!! You’ve completed the initial steps and are well underway to start playing in no time. 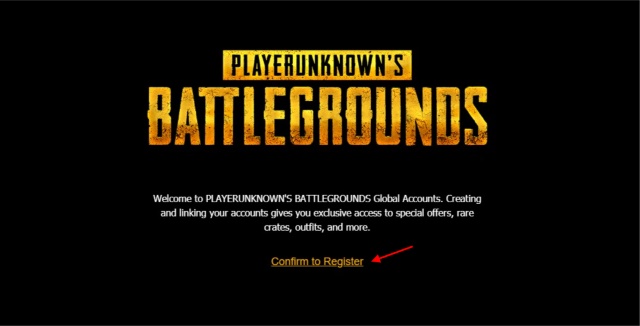 Steps to Install PUBG Lite on Your PC

Moving on to the installation part, there’s one important thing you need to have in mind before you go ahead with the process. PUBG Lite (Beta) is only available in Thailand right now, so you would need a VPN to log in and play the game.

We had a premium copy of VeePN lying around at the Beebom office, so we ran with the same but we recently compiled a list of best VPN apps available on Windows, so you can take a pick from the same. But do remember, it should have a Thailand server.

If you’re not sure whether PUBG Lite will run smoothly on your PC or laptop and are hesitant to get a paid VPN service just for the game, we’d suggest you check out SaferVPN because it offers a 24-hour trial and a Thailand server. You’ll be able to install PUBG Lite and test out the gameplay via this VPN, for which you could then pay if you’re content with the experience.

You now have the PUBG Lite Launcher and VPN software available to you. The next step involves downloading the game itself and oh boy, it’s a long and tiring process. Here are the steps you need to follow to download PUBG Lite on your PC:

1. Open the VPN of your choice, switch to the Thailand server and start the service. 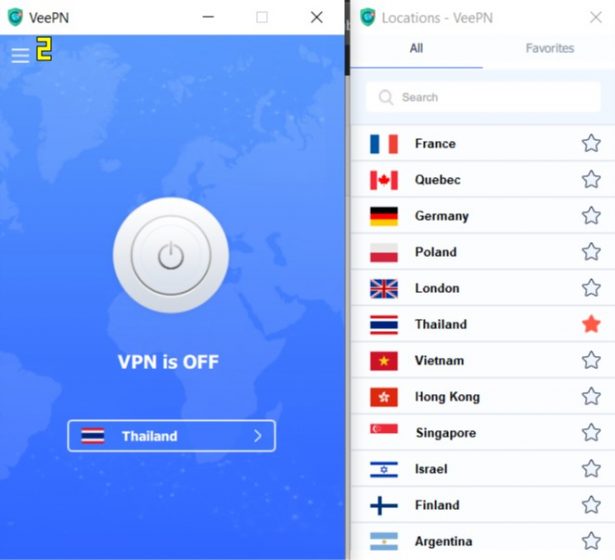 2. Now, if you’ve installed the PUBG Lite Launcher we had downloaded above, then open the same and you will be asked to log in with your PUBG ID. Don’t be intimidated by the Thai text, simply use the ID and password you had created before to log into the launcher. 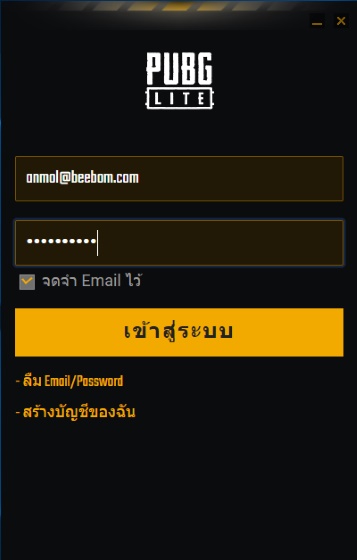 3. Once you’ve logged in, the launcher will open and you will notice a huge orange button at the bottom left. It reads install (translated from Thai) and you need to click it to start downloading PUBG Lite on your PC. The file size is around 1.9GB and since you will be using a VPN, it can easily take a couple of hours depending on your speed. 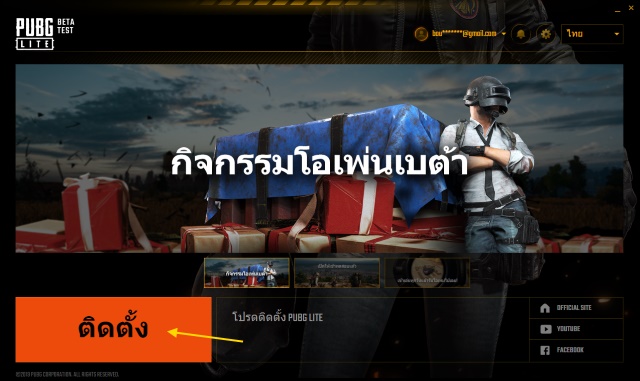 Note: There’s an option to change the language to English at the top right, but it doesn’t seem to be working for most. You could, however, click on the drop-down at the far right top to see if you can switch the language. 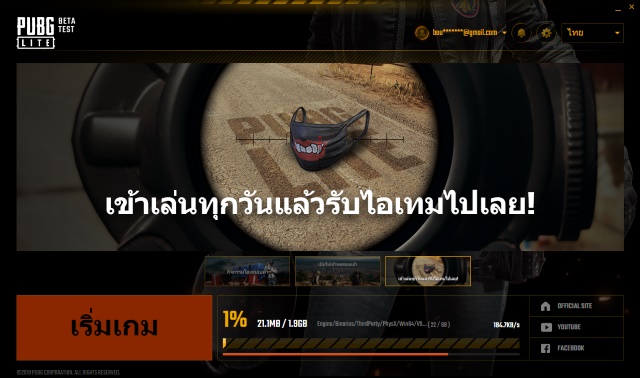 4. Once the download is complete, just close the launcher. Yeah, close the PUBG launcher for now and I’ll tell you when to fire it up again.

Steps to Play PUBG Lite on Your PC

You may have downloaded PUBG Lite on your Windows PC, but we are still not ready to start playing the game just yet. If you try to play this lightweight variant of PUBG right away, the game will open but you’ll encounter a “Not yet available in your region” error. This is because the game is restricted to Thailand and it takes into account your system location, as well as timezone while initializing.

However, there’s an easy way to avoid the error by tweaking the Windows settings. So, let’s take a look at how to do just that:

1. First, you need to change the default location of your Windows PC. Assuming you are using Windows 10, navigate to ‘Settings -> Privacy’ and then ‘Location’ under the App Permissions section. 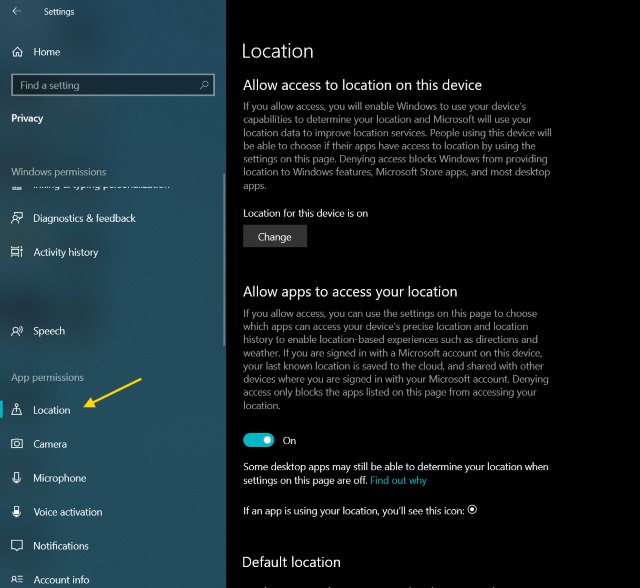 2. Now click on the ‘Set default’ button under the ‘Default Location’ option to change the location. 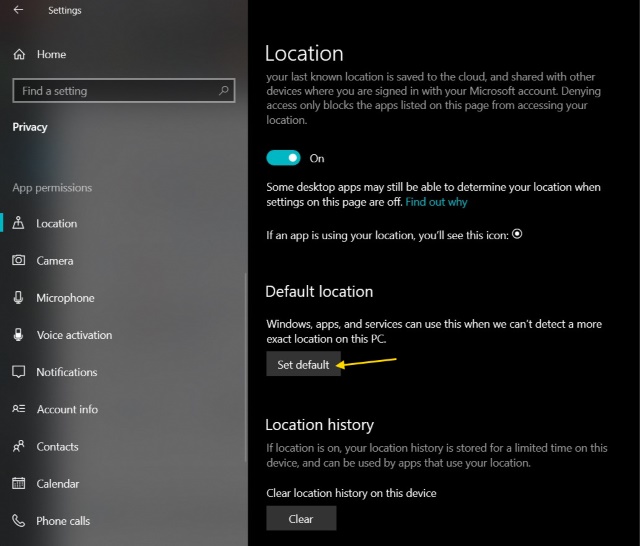 3. You will need to search for ‘Bangkok city, Thailand’ in the text box on the pop-up map, select the said location, and then click on the ‘Change’ button to modify the default location to Thailand. 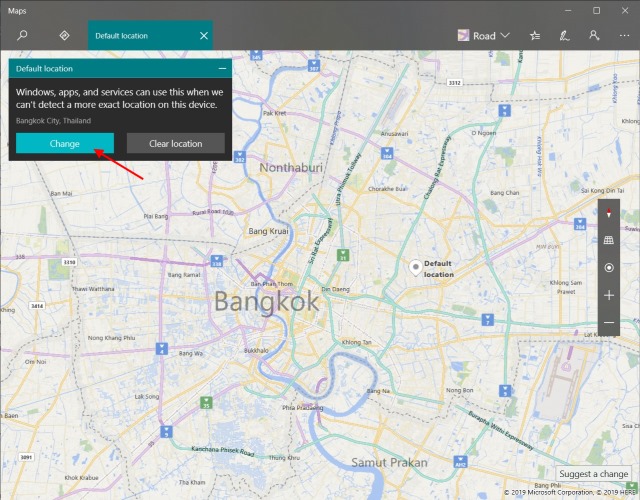 4. After setting your default location to Bangkok, you need to set your PC’s time zone to the same location. So, navigate to ‘Settings -> Date & time’ and change the time zone to ‘(UTC+7:00) Bangkok, Hanoi, Jakarta’ from the drop-down menu. 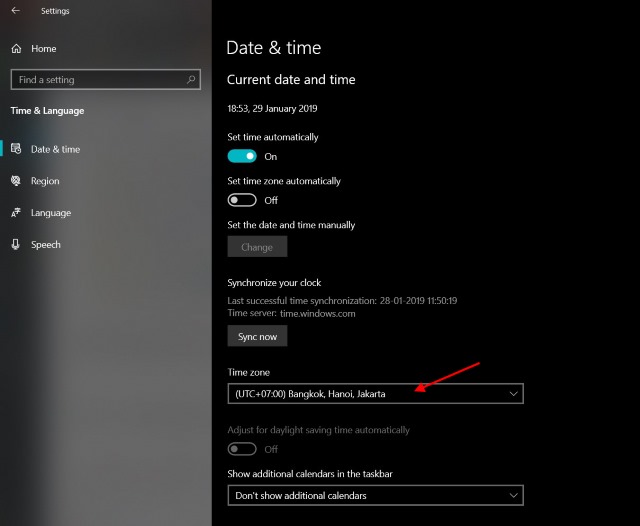 5. Well, that’s all the steps you need to follow to start playing PUBG Lite on PC. Now, just power up that VPN, log into the launcher, and tap the orange button at the bottom left to see the game power up. Enjoy! Hope you get that Chicken Dinner!

Talking about the gameplay experience, well, I have been playing PUBG Lite since the day it launched and I’ve been loving it. I’m a huge fan of PUBG Mobile and the experience the game has made available to so many users, especially through its PC emulator. But, PUBG Lite is not that diluted in terms of overall gameplay and feels, as well as plays, absolutely like its PC counterpart.

The graphics and textures may not exactly be on par with the official PUBG game and the VPN creates lag and rubber-banding from time to time but it’s a joy to finally get a chance to play this battle royale title on lower-end PCs. And the best part being, it’s free to play.

SEE ALSO: 30 Cool PUBG Mobile Tips and Tricks to Get that Chicken Dinner

Enjoy PUBG Lite for PC in Any Country

PUBG Lite is currently under beta testing in Thailand, but now you know how to get it up and running anywhere in the world. There is no official word on PUBG Lite’s availability in global markets, but if you see how well the game has been built and executed, you would want the company to launch it everywhere right away.

So, are you excited to finally try out PUBG on your lower-end PC? If you have any doubts and queries, just let us know in the comments below and we’ll try out best to lend you a helping hand.