You might have heard the terms BIOS and UEFI being used interchangeably by computer geeks. However, while both perform similar duties, they differ from one another in a number of ways. Here we’ll take an in-depth look at both and discuss the difference between BIOS and UEFI. We will also talk about their similarities and look at some of their advantages and disadvantages.

Differences Between BIOS and UEFI – Explained!

Both BIOS and UEFI are low-level motherboard firmware that connect the PC and its hardware components with the operating system. While the former is the traditional version that has been in use for decades, the latter is the more modern iteration that is found in newer and more expensive motherboards and computers. So let’s take a deep dive and know more about them and how they differ from one another.

BIOS stands for ‘Basic Input-Output System‘ and is the embedded software on the controller chip on the computer’s motherboard. It acts as a bridge between a computer’s hardware components and the operating system. It helps in loading the bootloader that boots and initializes the OS on your system.

After the system is switched on, the BIOS goes through a POST, or Power-On Self Test, to check for any possible issues with the hardware configuration. If something is wrong, it displays an error message or plays a series of beeps to relay a cryptic code to indicate the problem. If everything checks out, it launches the bootloader from the Master Boot Record, or MBR, stored on the boot device.

BIOS originated in the 1970s and continues to remain in use in PC motherboards even to this day. However, it is fast becoming outdated with newer motherboards shipping with UEFI, which is the more capable motherboard software.

Short for ‘Unified Extensible Firmware Interface‘, UEFI is the newer of the two firmware interfaces for computers. It is a successor to the BIOS and aims to address the latter’s technical limitations. Like BIOS, it also acts as the middleman to connect a computer’s hardware components to its operating system. That said, it comes with a number advantages over the legacy technology.

UEFI stores information about initialization and startup in an .efi file in a hard dive partition called EFI System Partition (ESP). It’s the same partition that contains the bootloader. What’s important to note here is that UEFI can directly boot the operating system bypassing the BIOS POST, which results in faster boot times. It also doesn’t come with the size limitations of BIOS, which means it can initialize multiple components simultaneously.

Unlike its forerunner from the 1970s, UEFI is a modern interface that was originally established as a standard in 2007. It supports most modern hardware platforms, with processor bindings for Itanium, x86, x86-64, ARM (AArch32) and ARM64 (AArch64). It offers several advantages over BIOS and, is expected to eventually replace it going forward.

What are the Similarities between BIOS and UEFI?

As mentioned already, BIOS and UEFI are two types of motherboard firmware that boots the PC into the operating system when powered on. They define how a PC turns on, which drive it boots from, and what core hardware components the system recognizes.

The BIOS/UEFI firmware also dictates to the system what frequency the CPU, GPU, and RAM should operate, as well as how much power they should draw from the PSU (Power Supply Unit). The fan speeds, RAM latency and other hardware-related settings are also decided by the low-level software.

What is the Difference Between BIOS and UEFI?

BIOS is legacy technology that goes back to the DOS era and is written in assembler, whereas the more modern UEFI is written in C. BIOS still works in 16-bit mode, which means it can only address 1MB of executable memory. This limits its ability to initialize multiple devices at once and leads to slower boot times.

On the other hand, UEFI can run in 64-bit mode, which means it has more addressable space than BIOS, making the boot process faster. The new technology also has a number of other advantages, including the ability to boot from much larger drives, with a theoretical limit of 9.4 Zettabytes (1ZB = 1000 exabytes = 1021 bytes). BIOS, on the other hand, can only boot from drives 2.2TB or smaller.

The ability to address more space is also the reason why the UEFI can support multiple input devices, including the mouse. And its setup screens look more modern than BIOS settings screens. UEFI also supports some basic graphics unlike BIOS. That said, many motherboard manufacturers still ship their products with text-mode UEFI settings that resemble legacy BIOS setup screens.

Another notable difference between the two is that BIOS relies on the Master Boot Record (MBR) to store the bootloader data. The MBR resides in the very first segment of the disk and can get corrupted very easily, effectively preventing the OS from loading. By contrast, UEFI employs the GUID Partition Table (GPT), which also stores redundant copies of the boot code and uses cyclic redundancy checks to detect any possible data corruption, making for a more robust and recoverable boot environment. Overall,  UEFI supports more than 4 primary partitions with a GPT.

Finally, UEFI supports networking, which helps with remote troubleshooting even with no OS installed. Overall, it’s much the better option in most cases, which is why it is finding favor with most motherboard manufacturers in recent years. That said, it is not all a bed of roses for the new standard, which has often faced scrutiny from some of the best-known names in the tech world.

One of the major disadvantages of UEFI is that the higher abstraction layer and the ability to run UEFI applications opens the door to rootkits and other malware. A joint research by Advanced Intelligence (AdvIntel) and Eclypsium recently discovered that the TrickBot malware has gained a UEFI attack capability that not only helps it stay undetected, but also makes recovery incredibly hard.

Many noted programmers, including the redoubtable Linus Torvalds, the creator and principal developer of the Linux kernel, argue that UEFI brings unnecessary complexity that won’t be used by the operating systems anyway. According to them, not many mainstream operating systems take advantage of the CPU-independent drivers nor their flexible and modular design. Be that as it may, UEFI has continued to gain ground and is expected to eventually replace legacy BIOS for good.

How to Check Whether Your PC is Running BIOS or UEFI?

You can easily figure out whether your PC is running BIOS or UEFI by following a few simple steps. 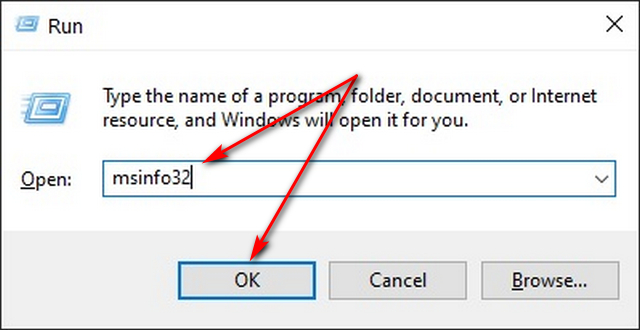 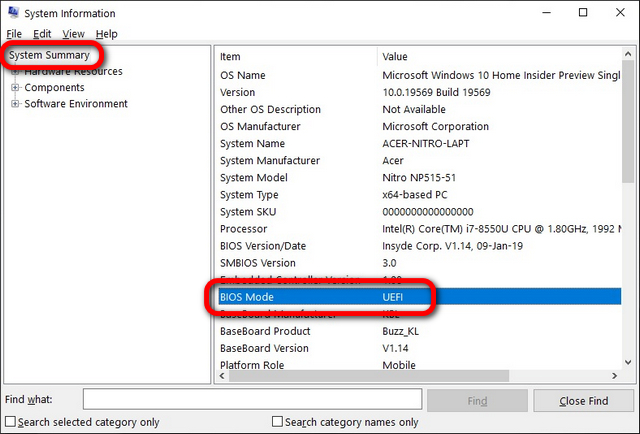 BIOS and UEFI: Similar Yet Different

BIOS and UEFI perform similar functions in a computer, although how they work behind the scenes is vastly different. While the newer standard is certainly the better option for modern devices, there’s no way to update your legacy motherboard to UEFI in case you’re wondering. The only way to switch to the newer technology would be a hardware upgrade. So are you running a new system with UEFI or a legacy motherboard with BIOS firmware? Let us know in the comments down below.

What are Motherboard Beep Codes?