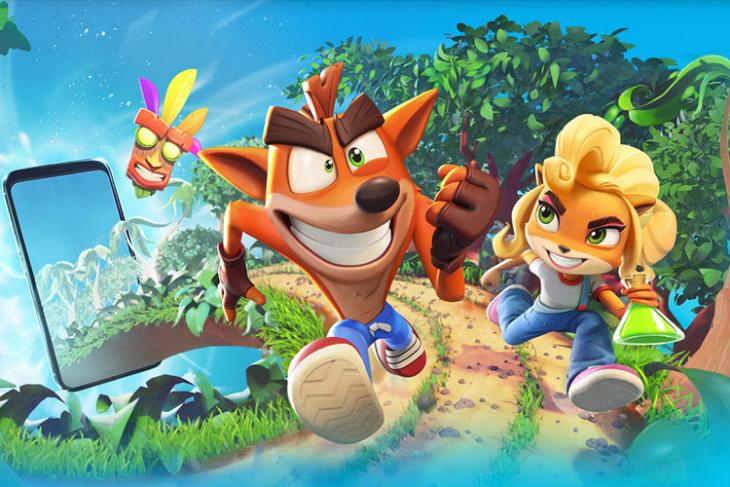 King, developer of popular game Candy Crush, is bringing Crash Bandicoot to Android and iOS. The game will be an endless runner and will take on the likes of mainstream endless runner games such as Subway Surfers and Temple Run.

Just like its PlayStation counterpart, the game wants players to stop Dr. Neo Cortex and other villains across the multiverse from taking control of all dimensions. “Use Crash’s unstoppable energy and let the fur fly as you run, spin and slide your way to stop the dastardly Dr. Neo Cortex from destroying all worlds,” describes the company.

As can be seen in the official announcement trailer below, the company will also let you play the game with your friends, presumably through an online multiplayer mode.

In fact, there are various locations on Wumpa Island to explore, including Turtle Woods, Lost City, and Temple Ruin. As per the game’s official Google Play Store listing, the game will have secret paths that will lead you into hidden island locations for in-game challenges and rewards.

“Drawing inspiration from Crash’s vibrant history we plan to bring back classic characters, bosses, enemies and lands and wrap them in a brand-new adventure for gamers to play on the go,” says Stephen Jarrett, Creative Lead on Crash Bandicoot: On the Run!

That said, it remains uncertain when exactly the company will launch the game to the masses. You can, however, pre-register on Google Play Store or enter your email address through the company’s website to get notified whenever the game goes live.

Crash Bandicoot: On the Run! is Coming to Android and iOS in March 2021