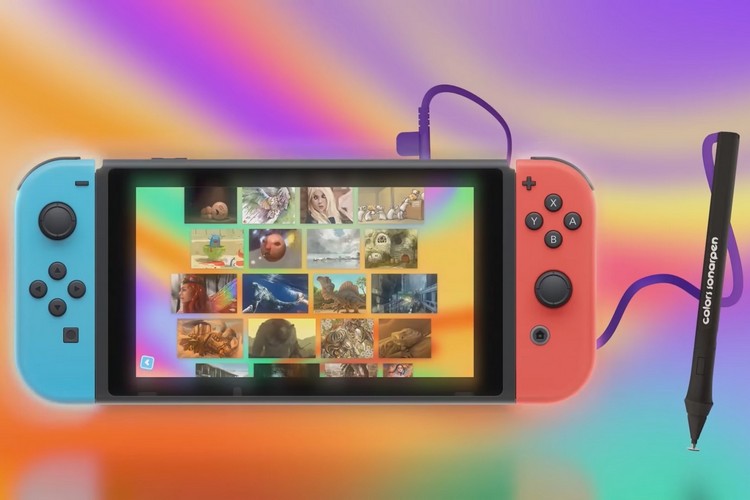 While there are a lot of accessories for Nintendo’s hybrid-gaming device, the Nintendo Switch, a stylus is not a common one in the list. However, thanks to a new iteration of an app on the platform, we might see Switch users with a pressure-sensitive stylus in their hands.

The Colors SonarPen, created by game developer Jens Andersson, comes as an additional accessory for “Colors Live”, a new version of an existing painting game for the Nintendo 3DS, Colors! 3D. According to the developer, the SonarPen will support pressure-sensitivity to make the game its best version.

Now, Andersson created the “Colors! 3D” game for the Nintendo 3DS almost 13 years ago. After that, although many users have requested for the game to be released for the Nintendo Switch, the developer did not want to bring it up for the console until he created a better version of it.

So, when he saw his friend from Hong Kong working on a pressure-sensitive pen, he immediately thought of bringing it for the Nintendo Switch as “it would be perfect” for the console. So, he collaborated with his friend to develop the Colors SonarPen, which comes bundled with “Colors Live”.

Now, due to the absence of Bluetooth in the Nintendo Switch models, the SonarPen uses the console’s 3.5mm audio jack to connect with it. While the pen itself comes in a generic black color, the connection cables of the SonarPen come in 10 colors.

With the new pressure-sensitivity in the SonarPen, users can apply various levels of pressure on the Switch’s LCD display to control the shade of the colors. This means that they can lightly hover the pen for a lighter shade of a color or add the necessary pressure to get a darker shade of that same color.

If you ask me, the SonarPen is quite an interesting accessory for a console like the Nintendo Switch. However, the fact that it cannot connect wirelessly bums me out. Let’s just hope Nintendo brings Bluetooth support for their next-gen Switch consoles.

The SonarPen is currently on a Kickstarter campaign and has already raised almost $154,000 from 2,540 backers, as of writing this article. So, if you are a digital painter with a Nintendo Switch in your hands, then you could probably pledge $53 to get a Colors Live eShop code along with a SonarPen.