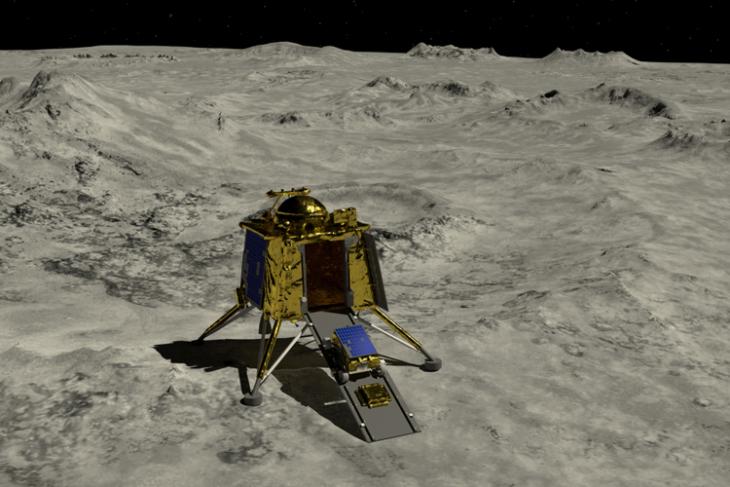 In a written reply to a question in the Lok Sabha (lower House of the Indian Parliament), Jitendra Singh, the Minister of State in the Prime Minister’s Office who looks after the Department of Space, has said that Chandrayaan-2’s Vikram lander crash-landed barely half a kilometer from its designated landing site after decelerating too fast, too soon, on its way to what would have been a momentous landing on the so-called ‘dark side of the moon’.

According to the PTI, Singh’s letter claimed that the first phase of descent was performed nominally from an altitude of 30 km to 7.4 km above the moon’s surface and velocity was reduced from 1,683 meters per second to 146 meters per second. “During the second phase of descent, the reduction in velocity was more than the designed value. Due to this deviation, the initial conditions at the start of the fine-braking phase were beyond the designed parameters. As a result, Vikram hard-landed within 500 metres of the designated landing site”, the letter said.

The news comes almost two months after NASA officially announced that Vikram had crash-landed on the surface of the moon, although, it could not verify the exact location of the vehicle. The US space research organization also shared images of the landing site, said to have been captured by its Lunar Reconnaissance Orbiter Camera (LROC) during its flyby of the lunar region.

Named after the father of India’s space program, Vikram Sarabhai, the lander was part of India’s Chandrayaan-2 moon mission that was attempting a ‘soft’, or controlled, landing near the south pole of the moon to confirm the presence of water or ice on the moon’s surface. Unfortunately, though, it lost contact with ISRO just minutes before it was expected to touch down on the lunar surface on September 7.