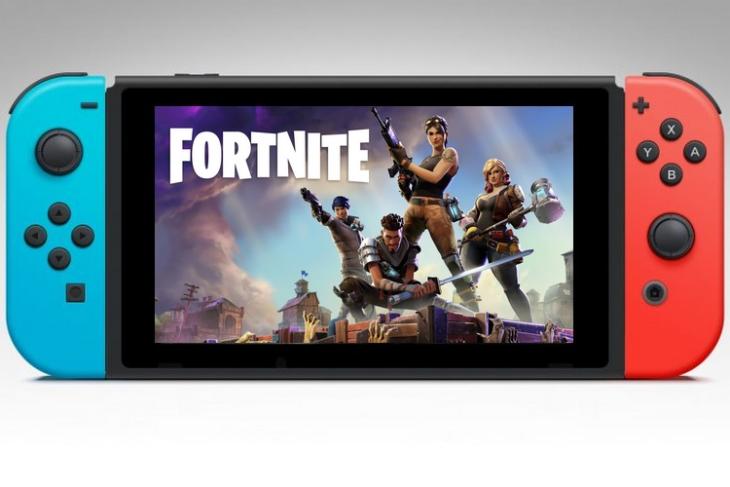 It was recently reported that Fortnite might soon arrive on the Nintendo Switch, after leaving an indelible mark on the PC, console and mobile platform. While such reports have been making rounds of the rumor mill for quite some time, a recently leaked presentation document more or less confirmed that Nintendo will officially confirm Fortnite’s arrival on the Switch at its E3 conference.

Renowned American singer, Chance The Rapper, has now added more fuel to the reports by tweeting a cryptic message which says,“Fortnite on Switch tmw”. While the rapper’s tweet certainly can’t be taken as an official confirmation, Fortnite’s popularity among other musicians such as Drake is no hidden secret, which does add some weight to the rapper talking about Fortnite’s availability on Nintendo’s handheld console.

The rapper’s tweet, which was posted on June 10, suggests that Fortnite for Switch might be announced the next day on June 11 (if he meant ‘tomorrow’ by tmw), but Nintendo’s E3 conference takes place a day later on June 12, so take this hint with a pinch of salt.

However, there are a few other reports (read: evidence) which suggest that Fortnite’s arrival on the Switch is not too far away. Earlier this month, the Korean Game Rating and Administration Committee mentioned the smash hit title for the Switch console on the rating board, which suggested that Fortnite was ready for prime time on Nintendo’s console, after hitting the PlayStation 4, Xbox One, PC, and iOS.

Moreover, some users had also discovered that Nintendo has uploaded a Fortnite Switch update on its content delivery network (CDN) server system, and an image was also spotted buried in the code which could well be used as the poster or icon for the game’s Switch optimized version. We don’t have any official confirmation from Nintendo or Epic Games regarding the arrival of Fortnite on Switch, but with both properties emerging as a hot success, it must be a logical choice to bring them on a single platform and capitalize on their popularity.