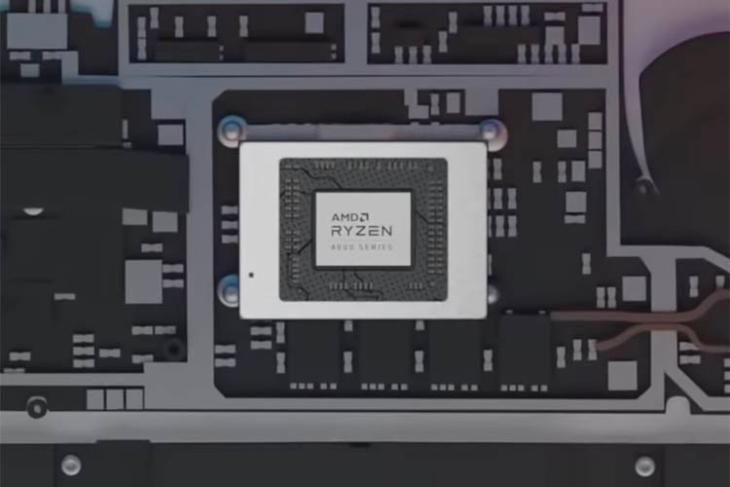 AMD has unveiled the new, third generation Ryzen processors at CES 2020. The line-up brings a bunch of Ryzen 3, Ryzen 5, and Ryzen 7 up to the 4000 series of processors based on AMD’s Zen 2 architecture. Along with that, the company has also announced a couple of AMD Athlon processors.

According to AMD, the Ryzen 4800H offers up to 5% better single-threaded and 46% faster multi-threaded performance as compared to its competition. The processor also brings 25% faster 4K encoding with Adobe Premiere, and up to 39% better gameplay physics simulation performance.

AMD is also claiming that the Ryzen 7 4800U brings up to 4% better single-threaded, and up to 90% faster multi-threaded performance along with 18% faster graphics performance than competing processors.

The company also unveiled two new AMD Athlon mobile processors in the 3000 series. The processors offer up to 86% faster graphics and 51% better productivity over its competition  — that’s AMD’s claim based on its testing done against the Intel Pentium Gold 5405U processor. Here are the specifications of the Athlon processors unveiled by AMD today:

AMD’s competition, Intel has also been on a roll at CES 2020. The company has announced a new foldable prototype laptop which looks amazing, along with other devices including a discrete GPU. We’re on the ground at CES 2020, so stay tuned for more updates.