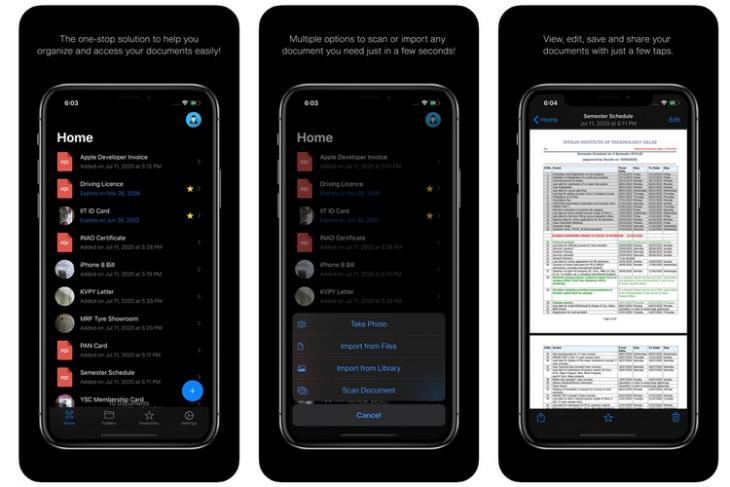 Following the recent ban on Chinese apps in India, students of IIT Delhi have come up with a new alternative for CamScanner. Called ‘DocStack’, it is a free document scanning and organizing app. “It not only lets users create high-quality scans on the go, but the universal search feature lets you find them easily when you need them the most”, say the developers. The app is only available on iOS right now, but according to one of the co-creators, will soon launch on Android.

DocStack gives you multiple options for saving your documents. That includes scanning, taking a picture or importing files directly from the photo library or the files app on your phone. It also offers cloud storage options, as well as sharing via AirDrop.

The app is created using XCode and not Flutter, which might have made it easier to port it to Android. Given that Flutter Firebase has decent support, it might seem like something of a missed opportunity to some. However, Utkarsh Gupta, one of the co-creators of the app, says that it was an intentional decision to go with XCode.

According to him, building apps with native SDKs like XCode and Android Studio offer a more efficient experience for users. “(Apps created with native SDKs) turn out to (be) more smooth and well optimized than the ones built on Flutter or any other hybrid SDK”, he said.

Either way, DocStack is available on the App Store, so you can download it on your iPhone. Gupta also said that his team is working on an Android version, and it will be released soon.