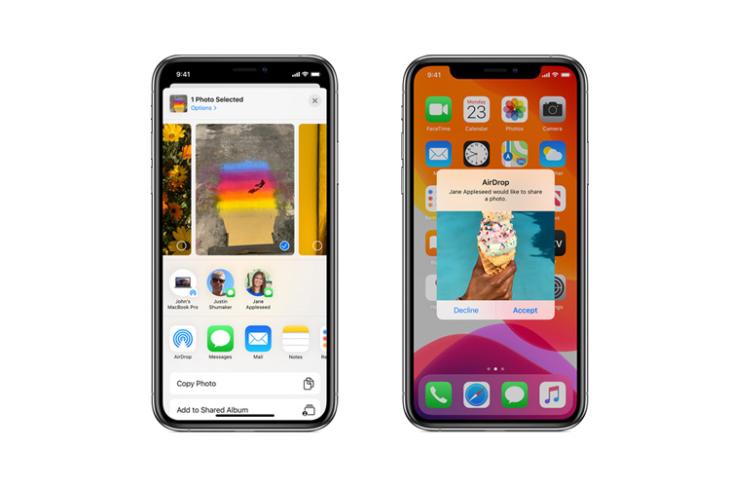 Apple’s wireless file transfer system, AirDrop is pretty handy. In fact, it has inspired Android to build its own Nearby Share feature as well. However, AirDrop can be slow when transferring large files between devices, and that’s not good. Well, it looks like Apple is working on a more advanced method to transfer files at higher speeds with AirDrop.

According to a patent granted by the USPTO on Tuesday (via AppleInsider), the Cupertino giant is working on using lasers to transfer files faster. This method can have multiple benefits for end-users, including security and transfer speed. For one, with a laser, the data stream will be very targeted. That means data transfer can be more secure. Also, as mentioned earlier, using lasers can increase the transfer speeds as well.

By now, you’re probably wondering how you will end up aligning your devices in order to use lasers to transfer files. Well, it turns out Apple is proposing using a movable lens which can alter the laser’s trajectory. This will automatically target the laser at the receiving device without any annoying alignment issues on the user’s part.

The patent seems really interesting. However, filing a patent doesn’t mean that the company is actually working on anything of the sort. For all we know, this could just be one of many ideas engineers are thinking of at Apple.