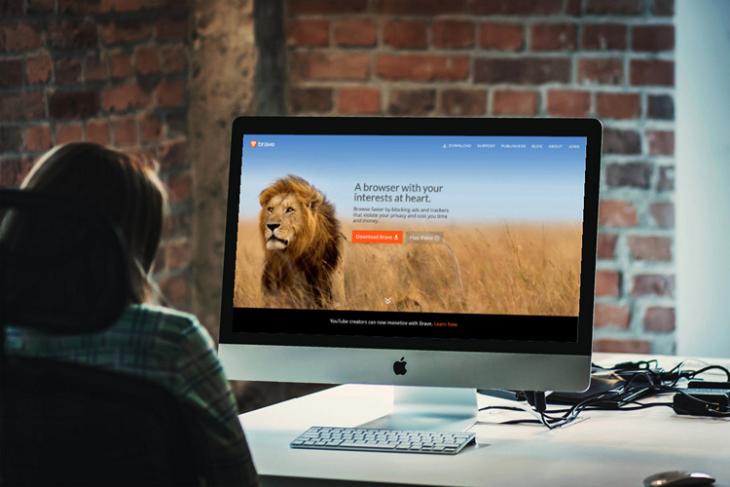 With the release of version 0.19.x, the developers of Brave Browser are extending to YouTubers its ‘Brave Payments’ service which until now, was limited to blogs and websites. As part of the new update, the browser will “start logging viewing time on behalf of the creators who made the content”. This wouldn’t have been possible earlier when you couldn’t track individual accounts on the video-sharing platform. Recent changes to the world’s favorite streaming site, however, has meant that the Brave Browser will now be able to determine the identity of a YouTuber, no matter which site embeds the video. 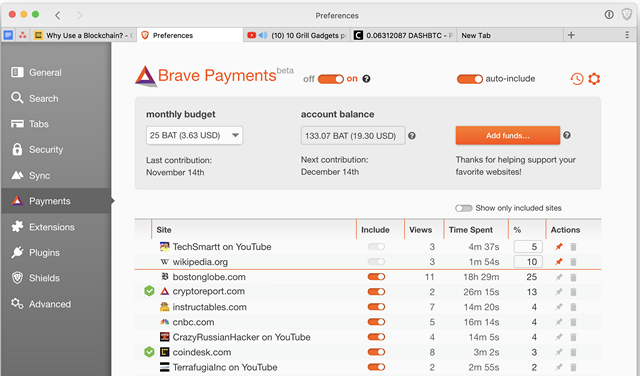 The team behind Brave Browser claims that the software has been downloaded over a million times on all the platforms combined, with around 243,000 Brave browser wallets now holding cryptocurrency for donations to video creators and blog publishers. While Bitcoin was Brave’s original cryptocurrency of choice, the company now uses Ethereum for the purpose. The company says it is currently contacting content creators on YouTube, asking them to sign up for a brave new approach to online content monetization. Brave also says that it believes it will be also able to rollout ‘Brave Payments’ to creators on other video-sharing sites since all video sites use the same ‘OAuth’ protocol.

Announced last year by the co-founder of Mozilla Project and creator of Javascript, Brendan Eich, Brave Browser is based on Chromium and Chromium’s Blink engine. It also is part of a growing tribe of browsers that promise to block ads and trackers by default. The USP of the software, however, lies in the fact that it encourages and facilitates donations to websites that users find useful. Now that the developers behind Brave Browser are going a step further and extending the concept to YouTube, users will now be able to use the browser’s built-in functionality to donate money to YouTubers they enjoy watching.