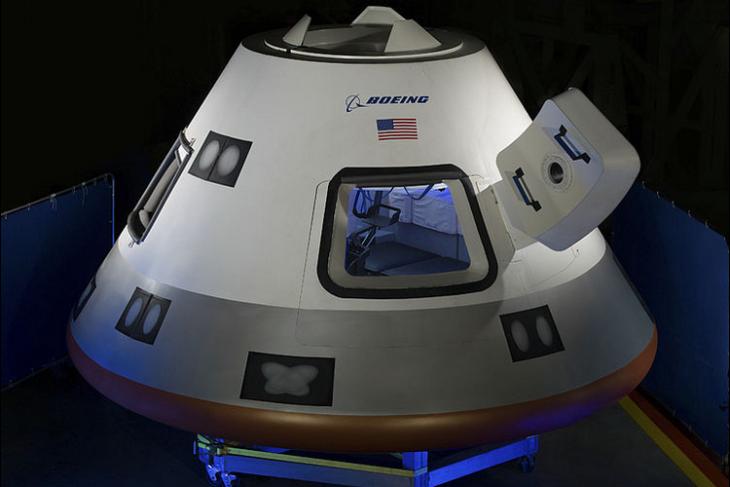 Boeing’s CST-100 Starliner spacecraft is all set to launch on its first unmanned test flight to the International Space Station (ISS) later today with the objective of taking commercial astronauts to space next year. Called the Orbital Flight Test (OFT), the mission is part of NASA’s Commercial Crew Program and aims to demonstrate that the vehicle will be able to safely ferry astronauts to the ISS and back.

According to Space.com, the reusable Starliner will be launched atop a United Launch Alliance (ULA) Atlas V rocket at 6:36 AM EST (5:06 PM IST) on Friday from the Cape Canaveral Air Force Station in Florida. The likelihood of favorable conditions for a Friday launch is 80 percent, NASA declared on Thursday, citing a forecast from the US Air Force 45th Weather Squadron. The Starliner is scheduled to return to Earth on 28th December after delivering cargo to the ISS.

“This test flight will give us valuable data about Starliner’s performance in the actual environment through each phase of flight and demonstrate its capability to transport crew to the space station and bring them home safely”, NASA mission manager Trip Healey said. “Being on the cusp of this huge moment in history is really exciting”, he added. Following the Starliner’s return to Earth, NASA will analyze the results in preparation for a Crew Test Flight aboard another spacecraft.

The three people selected for that prospective flight, NASA astronauts Michael Fincke and Nicole Mann and Boeing astronaut Chris Ferguson, were all present at Florida’s Kennedy Space Center on November 21 when the Starliner capsule for the unmanned mission was transported to the launchpad.