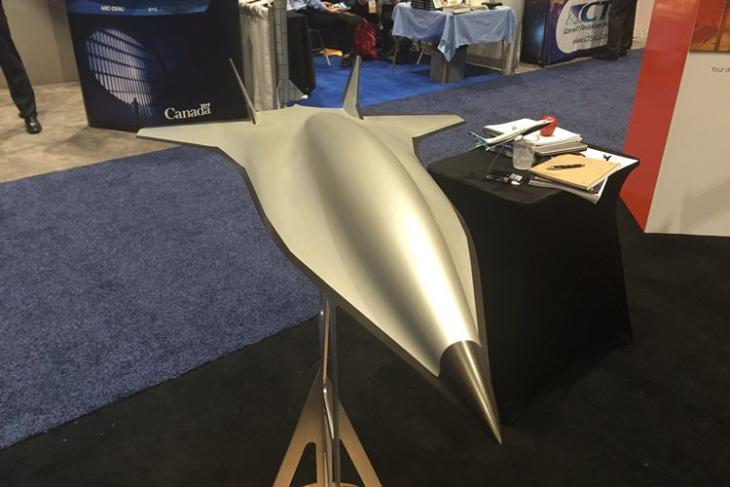 With the retirement of the Concorde in 2003, passenger jets are still struggling to hit supersonic marks, with the latest aircraft from both Boeing and Airbus staying well below subsonic levels in the sky. Aerospace researchers, however, are relentless in their pursuit to create the next-gen hypersonic aircraft, with American aviation companies, Boeing and Lockheed Martin, said to be working feverishly on such projects.

Boeing, the world’s biggest passenger-jet manufacturer, has now revealed details about a new design for a hypersonic spy aircraft that the company says will be capable of hitting Mach 5, making it one of the fastest aircraft in the sky. Mach 1, for the uninitiated, is the speeds of sound that is calculated as 343m/s (1,235 km/h) at 20 °C, but varies depending on temperature and humidity. Mach 5 is five times the speed of sound, and has been achieved by very few airplanes, including Boeing’s own unmanned, rocket-powered X-51A Waverider that once flew for over 200 seconds at Mach 5.

The upcoming design from Boeing is said to be based on the X-51A concept as well as NASA’s X-43 project, and was detailed at the American Institute of Aeronautics and Astronautics’ SciTech convention in Florida earlier this month. The craft is still in the design stage and, is yet to go into full-scale development, but the company claims it is a feasible design for a “reusable hypersonic demonstrator vehicle”.

According to an interview with Boeing’s head of hypersonic research, Kevin Bowcutt in Aviation Week, the company’s leading scientists did a lot of independent research before settling on the final design. If the design ends up being approved, the company is believed to start off with an “F-16-sized, single-engine proof-of-concept precursor vehicle” before starting development work on a fully-operational twin-engine aircraft that should measure around 107-feet.

Boeing, of course, is not the only company that’s believed to be working on a hypersonic aircraft right now. Lockheed Martin has also been widely reported to have been working on its own next-gen hypersonic aircraft that’s expected to replace the iconic SR-71 Blackbird, which was put out of commission by the Air Force exactly 20 years ago.