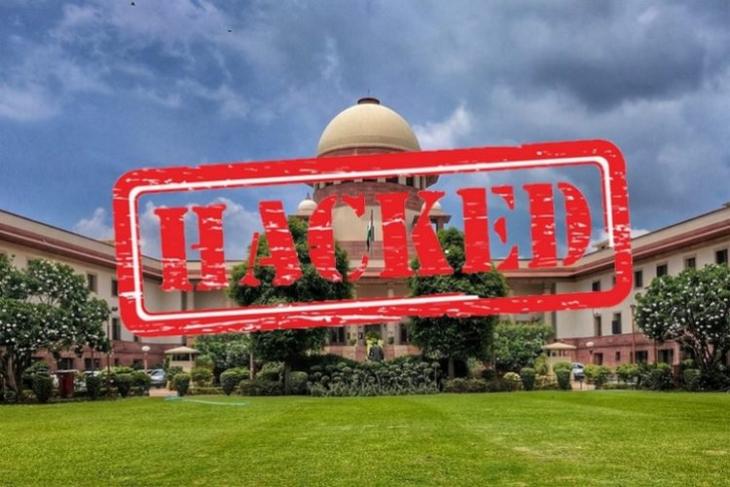 Less than an hour after it delivered a verdict in the highly controversial Judge Loya death case, the Supreme Court of India’s official website was reportedly hacked by notorious HighTech Brazil HackTeam, and the site was subsequently taken offline. The website was shown as under maintenance at the time of writing.

The HighTech Brazil HackTeam is well-known among the hacking community as looking to rack up a high number of hacks. In the past, it has claimed responsibility for many attacks on government websites around the world.

Supreme Court web site is hacked!! And this Government is defending #Aadhar before the SC !! Now after Judge Loya verdict the SC may say ' we can't question Government… Where are we heading??@sanjayuvacha@pbhushan1 pic.twitter.com/NDp4m5saRP

The text graffitti left behind also includes a poem in Portuguese, which translates to:

I love you, beautiful little girl
Best friend I ever had
Smile, my little girl

The latest turn of events bear some similarity to the service outage experienced by the Indian Ministry of Defence’s website after it was hacked, an incident which was later confirmed by Defence Minister, Nirmala Sitharaman.

HighTech is a group of self-proclaimed hacktivists who also took down the Reliance Netconnect domains back in 2013. The group is known for leaving a signature on its works. and hacking websites belonging to government bodies, intelligence agencies, and embassies to name just a few. There little doubt about their involvement in this attack, given that the name crazyduck can be found in their past attacks.

Neither the government, nor the SC has has given an official statement yet.