Skip to content
Home News “Jobs was a genius” and “I was so jealous”, says Bill Gates About Steve Jobs 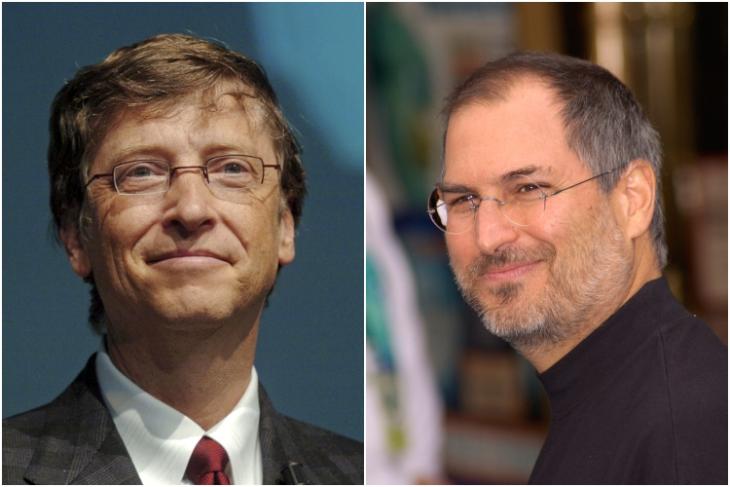 Whether you are a tech-head like us or not, I am quite sure you know these two names – Bill Gates and Steve Jobs. These two computer revolutionaries essentially brought the power of computers to people’s homes. Moreover, there was a lot of tension between these two in the tech industry. However, in a recent interview, Bill Gates revealed that he was actually “jealous” of his rival-cum-friend, Steve Jobs’ power to “over-motivate people”.

The billionaire and philanthropist recently came to a podcast interview with the “Armchair Expert podcasts” where he talked about the late founder of the trillion-dollar company, Apple. In the interview, Gates said that he was envious of Jobs’ unmatched charisma.

“He was such a wizard at over-motivating people — I was a minor wizard so I couldn’t fall under his spells — but I could see him casting the spells, and then I would look at people and see them mesmerized. I was so jealous.”, Gates said.

He even talked about Jobs’ comeback in Apple in 1997. If you don’t know, Steve Jobs was forced out of the company that he co-founded back in 1985. It was because there was a conflict between the board of the company and with the then-CEO, John Sculley.

However, after Jobs’ departure from Apple, he founded another company called “NeXT”. And in 1997, Apple bought “NeXT” to bring back Jobs to the company as the CEO.

So, Gates calls this second run of Steve Jobs as the CEO of Apple after his return in 1997 until he succumbed to a rare pancreatic cancer in 2011 “truly phenomenal”.

“No one else can do what he did there. I couldn’t have done that [and] I don’t know anyone who could have.”, Gates further added.