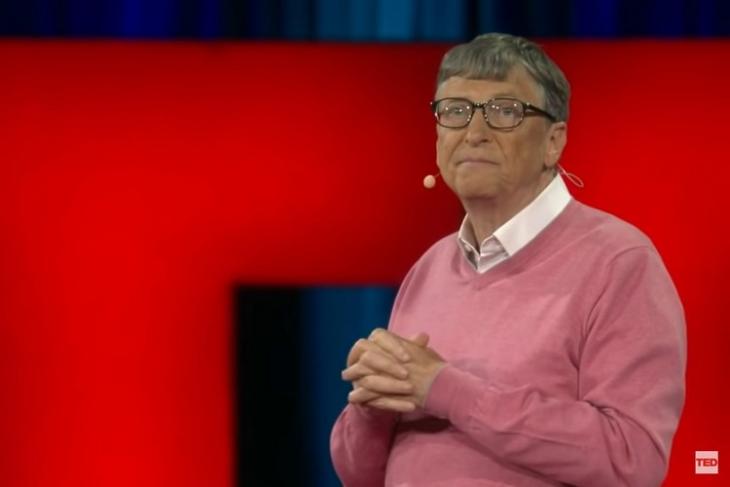 Recently I came across a video on YouTube that actually bamboozled me. Amidst these times of the Novel Coronavirus outbreak around the globe, this video shows the Microsoft co-founder, Bill Gates giving a TED Talk about the “next outbreak” and telling us how we are “not ready for the next pandemic”.

Now, after watching this video (below), you might think that Gates is a time traveller. As YouTube states, the video was published 5 years ago, in 2015. In the video, the Microsoft co-founder is seen talking about a pandemic that may take over the world in the near future. And God, he was so right!

The former Chief of Microsoft started the speech by saying that in his childhood, people feared a nuclear war. However, times changed and 5 years ago, the man said, “If anything kills over 10 million people in the next few decades, it’s most likely to be a highly infectious virus rather than a war. Not missiles, but microbes!”.

The reason that he gave for the potential (now real) outbreak of an infectious disease is the lack of a proper pandemic controlling system. According to Gates, countries around the world have invested a lot in Nuclear development, however, there is not much investment made in the healthcare sectors. He took the case of Ebola, that broke out in the African countries back in 2014, and said that the disease spread across the nations not because the system did not work, but because there was no system at all to control the outbreak. When Ebola started to spread, there was no team of epidemiologists that was ready to go, there was a great lack of medical personnel and no one was there “to look for treatment approaches” to cure the disease.

The former Microsoft CEO also compared the real-world situation with the popular Hollywood movie, Contagion, which is one of the top pandemic movies of all time. However, he said that the real world is much different from Hollywood and it does not always have “handsome epidemiologists” to save the day.

The man went on to talk about the steps and measures that the countries should take to prevent an emerging pandemic. He also analysed the 1918 Spanish Flu case due to which more than 33 million people died. Gates said that if such an outbreak happens now, a massive number of population will be eradicated. Also, he presented a report by the World Bank that states that if there is a global epidemic, the cost that the world has to bear would be near to $3 trillion.

Now, in times of so much technological advancements, the countries had all the tools at their disposal. They just needed to implement these tools and integrate them into a proper system while they had the time. This could have prevented the next pandemic, that is happening now. If only we listened to the man.

At last, he concluded his speech by saying that if there is one good thing that came out of the Ebola epidemic is that it served as a “wake-up call” for the countries to start working and investing in a proper system. If the global governments started working on from that point in time, we might not have to witness the current pandemic that we are facing right now.