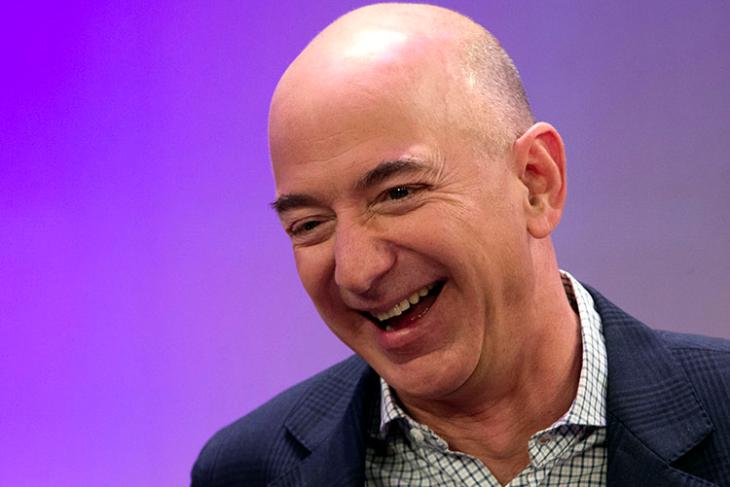 Speaking at the George W. Bush Presidential Center’s Forum on Leadership last month, the world’s richest man and Amazon CEO Jeff Bezos said that he isn’t worried about artificial intelligence leading to widespread unemployment. Unlike Bill Gates, Bezos says that he believes our fear of being put out of work by robots is a failure of imagination more than anything else.

“I find that people, all of us, I include myself, we are so unimaginative about what future jobs are going to look like and what they are going to be”

He also played down concerns about rogue AI that could potentially take over the world. Such concerns have been expressed by both Elon Musk and the late Stephen Hawking, but Bezos said that he believes it to be much ado about nothing. According to him, “The idea that there is going to be a general AI overlord that subjugates us or kills us all, I think, is not something to worry about. I think that is overhyped”.

Bezos further contended that even if humans did ended up developing an AI system that could set its own agenda, it is highly “unlikely that such a thing’s first instincts would be to exterminate us”. Instead, Bezos said, it is more likely that it would help us in ways we never thought possible.

“I think it is unlikely that such a thing’s first instincts would be to exterminate us. That would seem surprising to me … So I am optimistic about that one and certainly don’t think we need to worry about it today”

Jeff Bezos’ views on artificial intelligence are in direct contradiction to those of his tech billionaire contemporaries, Bill Gates and Elon Musk. While Gates has, time and again, expressed concerns about AI taking away human jobs, Musk has raised the spectre of super-intelligence AI systems becoming an ‘immortal dictator’ that could take over the world.

Goes without saying, then, that unlike the Amazon boss, the Tesla founder doesn’t seem to be so upbeat about super-human AI. Speaking to a documentary film-maker recently, Musk had said that an AI doesn’t have to be outright evil to destroy humanity. According to him, rogue AI that could set its own goals is a clear and present danger to humanity, and should not be taken lightly.

Meanwhile, Bezos does seemingly agree with his peers that AI may, some day, bring some serious problems to twenty-first century society. Talking about the possible weaponization of AI by state actors and rogue third-parties, he said that the prospect of AI-driven autonomous weapons is ‘extremely scary’. According to him, “some of the ideas that people have for these weapons, are in fact very scary”.