Web browsers have taken over the desktop. For many people, the browser is the most used application, which is why it’s so important to choose a stable browser that suits all your needs. Linux users can pick from a dozen web browsers of different kinds – from lightweight and command-line to cross-platform and extremely extensible ones.

All browsers on this list are free to download, install and use, and they earned their place on this list because they’re reliable in everyday use and/or actively developed.

Here is the list of 10 best browsers for Linux 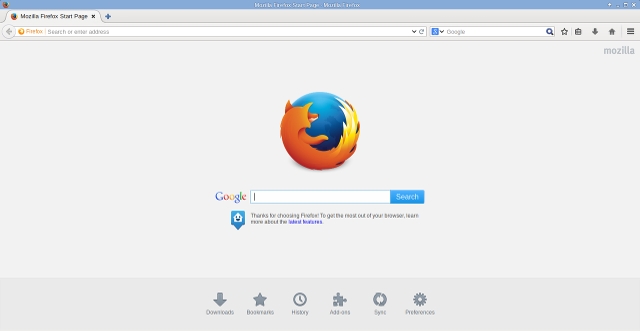 Firefox is the third most popular browser in the world, and likely the most popular Linux browser, since it ships with many Linux distributions by default. Its initial release in 2002 marked the rebirth of Netscape Navigator, though it wasn’t until 2004 that it became known as “Firefox”, having previously been known as first “Phoenix” and then “Firebird”. It’s one of the most customizable browsers, and the ocean of user add-ons and themes created for it will likely never be surpassed by other projects. It also performs well – tests show Firefox is the most memory-efficient of the mainstream browsers, in addition to having the best Javascript performance.

However, Mozilla has a history of making things difficult for add-on developers and users by introducing backwards-incompatible changes, one of which was a complete revamp of the UI. The new interface called Australis left many users unhappy and incurred a loss of market share. It wouldn’t be unfair to say Mozilla went through a direction crisis, and time will tell if the direction they’ve chosen will serve them well. 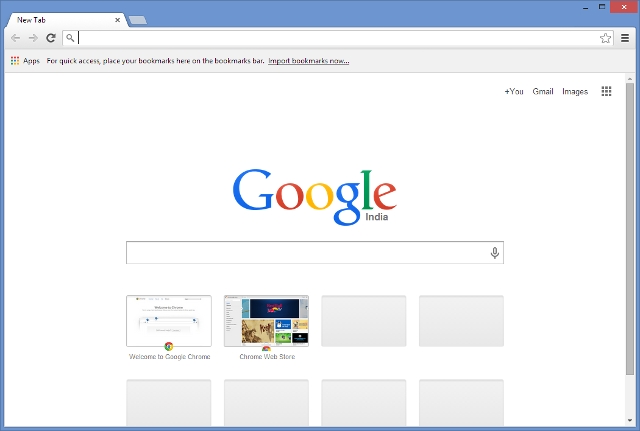 Chrome is Google’s answer to Microsoft’s Internet Explorer and Mozilla’s Firefox. Chrome took everyone by surprise, offering a lightweight, responsive experience, and a fast Javascript engine. This affected all other browsers, as everyone had to scramble to catch up. Today, it’s the most popular browser, holding just over half the market share.

On Linux, you’re more likely to see Chromium, which is the open source project that Chrome is based on. However, Chromium still lacks a few potentially useful features, such as H.264 support and Google’s version of the Flash plugin. On the other side, it doesn’t feature Google’s tracking software. Following its main competitors, Chrome ships with only the most basic functionality, but it’s very extensible, and the number of add-ons has risen dramatically over the years.

Opera has never had much market share, despite being one of the more innovative browsers – it was the first browser that had the Speed Dial feature. In recent times, they’ve abandoned their proprietary layout engine, Presto, in favor of Google’s fork of WebKit, Blink. This essentially means Opera is now a version of Chromium, a move which disappointed some old users, as some of the customization options have been lost in the transition. However, it retains much of the look and feel of the older versions, and offers mouse gestures, a download manager, extensions, Private Browsing and Turbo Mode. If you still can’t get over this change, try Vivaldi – a revival of Opera 12 with many new, exciting features. 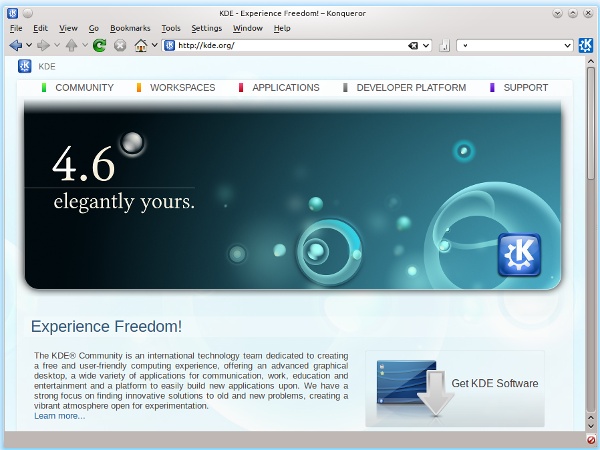 Konqueror is KDE’s one-stop solution for both file and web browsing. By default it uses the KHTML rendering engine, but it also supports KHTML’s progeny, WebKit. In somewhat typical KDE fashion, it’s an application that does a great deal many things. It features most of the amenities you’d expect in a modern browser, such as tabs, pop-up blocking, ad filtering, bookmark management, and mouseless browsing. Those are just a part of its functionality, though: with KDE’s KIO plugins, it’s possible to use it for FTP, SAMBA and IMAP browsing, or even as a ISO image viewer. Konqueror is without a doubt the most advanced file / web browser combo application on any platform. 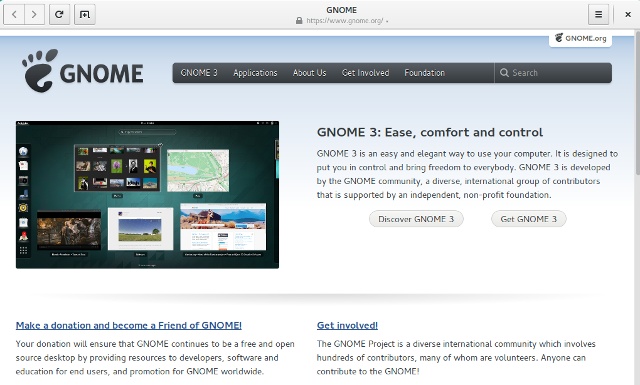 The official browser of the GNOME project, Web was previously known as Epiphany. It’s a WebKit-based browser which adheres to the design tenets of the GNOME project, offering a clean, simple interface and tight integration with the desktop environment. More recent versions have dropped support for user extensions, but a number of the most popular add-ons have become a core part of the browser. These include ad filtering, Greasemonkey support and mouse gestures. 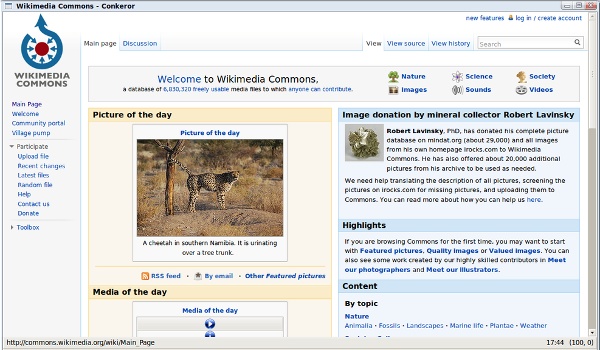 Conkeror is a representative of the wave of minimalist, keyboard-driven GUI browsers. Vimperator was an attempt to transform Firefox into a Vim-like environment. Conkeror, on the other hand, is inspired by the Emacs approach. This is reflected not only in keyboard shortcuts, but also the inherent extensibility. Many Firefox extensions work with Conkeror, and you can customize its appearance with simple CSS scripts. It’s a great browser for programmers and fans of mouse-less browsing. Conkeror is not related to Konqueror; it’s based on Mozilla’s technologies. 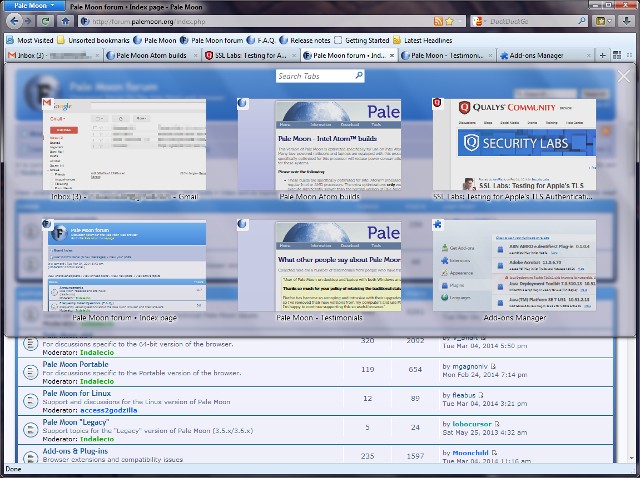 Pale Moon started out as an optimized Firefox build for Windows, but has since expanded onto other platforms, and has moved away from Firefox in a number of ways. The most obvious is the decision to retain the classic Firefox UI instead of switching to Australis. This makes Pale Moon a desirable alternative for dissatisfied Firefox users, but there are a few caveats. Its Windows-centric legacy shows in a number of places, notably in the fact that the profile migration tool is not available for Linux. Pale Moon also isn’t fully compatible with Firefox add-ons, and some of the more popular extensions don’t work with it. If that’s not an obstacle for you, Pale Moon is an easy recommendation for anyone tired of Mozilla’s antics.

Midori is a lightweight alternative browser for GTK-based desktop environments, such as GNOME or Xfce. It supports both GTK+ 2 and GTK+ 3, and it’s based on WebKit. Due to its fast startup time and responsiveness, it has become the default browser for a number of Linux distributions. Like many browsers on this list, it follows the Opera rather than Firefox approach to providing features out-of-the-box: it comes with support for user scripts and styles, smart bookmarks, ad blocking, mouse gestures, and a speed dial, among other things. 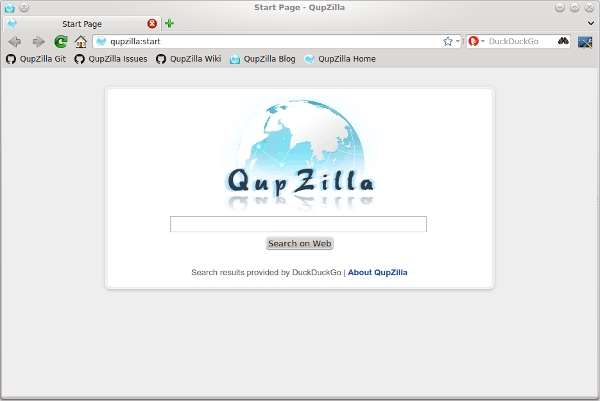 QupZilla could be viewed as Midori’s Qt counterpart in the context of this list. Although the name sounds similar, it has no relation to Mozilla. It offers a lightweight yet feature-packed alternative to its better-known competitors. QupZilla is based on WebKit, and comes with with its own ad blocker and speed dial. It also offers an interesting approach to viewing bookmarks, history and RSS feeds – it unifies them all in a single window. Another distinguishing feature is that QupZilla tries to seamlessly integrate with the user’s environment. 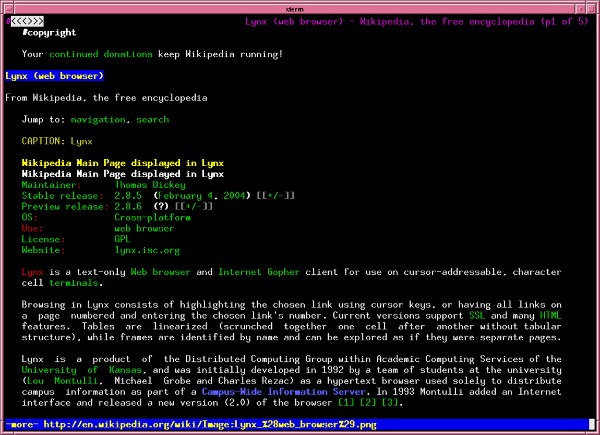 Lynx is a text-based browser – it runs in the terminal. In case you’re wondering why would anyone bother, there are a few situations where it might come in handy: maybe X has crashed and you need to Google how to fix it, or perhaps the documentation for some other console application is in HTML, and it’s a lot more elegant to just open in it in another tab. Lynx is the oldest such project still around, dating all the way back from 1992. Lynx doesn’t do much: it renders text from web pages. It has no support for images or video or Javascript. Consequently, it’s blazing fast, and fairly secure.

What’s your favorite web browser for Linux? Do you know of any other browsers worth mentioning? Tell us about them in the comments.

7 Great Ubuntu Application Launchers You Can Use