Every PC enthusiast wants to keep their computer’s processor temperatures as low as possible. Well, this is absolutely necessary, as the CPU shouldn’t run too hot, if you want to preserve its longevity. The stock CPU coolers that are bundled along with the processors available in the market today are sub-par and do not give you the best cooling performance. That’s exactly why most consumers prefer buying better aftermarket coolers for significant improvements in thermal performance. Likewise, the thermal paste that’s usually provided with these coolers are not even close to the best ones out there.

Well, if you have no idea what a thermal paste is, it’s nothing but a thermally conductive compound, that’s usually applied between the CPU and cooler’s heatsink, in order to prevent air gaps and fasten up the heat transfer between CPU and the cooler. So, if you’re an enthusiast who wants the absolute best thermal performance out of your CPU, we highly recommend you to purchase a high quality thermal paste. There are plenty of them available in the market, and if you’re confused regarding which one to go for, here are the 12 best thermal paste for CPU you can buy.

Best Thermal Pastes/Compounds for CPU in 2020

If you’re planning to push your CPU to its limits by overclocking, the Thermal Grizzly Kryonaut thermal paste sits right at the top in terms of the cooling performance it has to offer. Due to its thermal conductivity of 12.5 W/mK, which is pretty high for a grease-based compound, it’s able to deliver maximum heat transfer between your CPU and cooler. This thermal paste uses a special structure which halts the drying out process at temperatures of up to 80° Celsius. The Kryonaut even manages to edge some of the most popular thermal compounds that are preferred by overclockers around the world.

Being one of the most popular thermal pastes preferred by overclocking enthusiasts across the planet, the Gelid Solutions GC-Extreme certainly doesn’t disappoint when it comes to thermal performance. Although not quite as good as the Thermal Grizzly Kryonaut, especially due to the fact that it has lower thermal conductivity at 8.5 W/mK, the Gelid Solutions GC Extreme still manages to live up to its name by offering superior thermal performance over several other competitors in the market. Lastly, it’s non-corrosive, non-curing and non-toxic, as per the manufacturers claims, and for a grease based thermal compound, the GC-Extreme is pretty affordable compared to Kryonaut costing just 13 bucks for 3.5 grams. 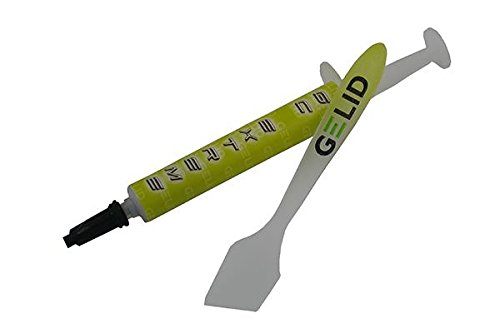 This is a relatively new but a very premium thermal paste, manufactured by Cooler Master for maximum thermal performance that can be expected from a grease based compound. It has a thermal conductivity of 11 W/mK, which gives the more popular GC Extreme a run for its money. As far Cooler Master’s bold claims, the thermal paste has nano diamond particles that’s capable of handling a wide range of temperatures from -50 to 150°C. This thermal paste also has excellent viscosity which makes it easy to spread and remove without cracking or drying out. All in all, this affordable thermal paste is well suited for people who’re looking forward to overclock their K series CPUs. 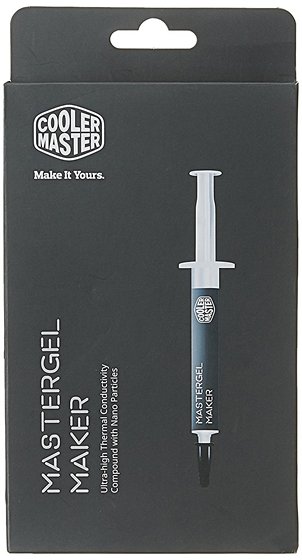 The Arctic MX-4 was one of the most sought after thermal pastes on the market, thanks to the insane thermal performance it offers for the price. The latest edition improves upon the original product and brings even better thermal conductivity, making it one of the best thermal pastes on the market. The new thermal compound is composed of carbon micro-particles which lead to an extremely high thermal conductivity of 8.5 W/mK. This new compound leads to exceptional heat conductivity, thus allowing you to push your computer’s CPU and GPU to their limit. The best part about the new Arctic MX-4 thermal compound is that it is devoid of metal and hence non-electrical conductive. This prevents any chance of short-circuiting even under high load which makes it a safe product. The new compound can last for 8 years that means it will outlast your desktop system and you won’t need to reapply it in any circumstance. 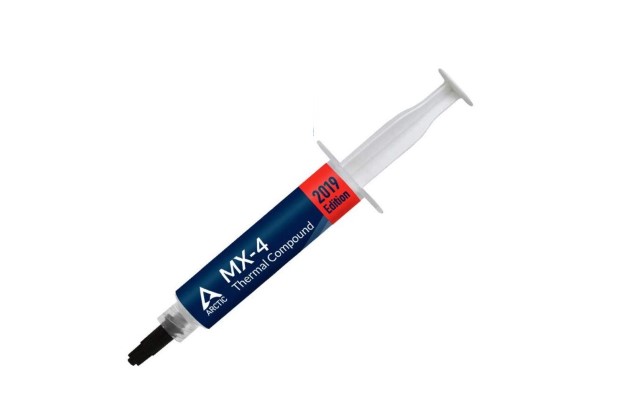 It was not so long ago when the Arctic Silver 5 was considered as the pinnacle of thermal pastes, as it offered the best possible thermal performance for the time. Although, it has recently been outperformed by quite a few relatively newer thermal compounds, it’s still the most popular thermal paste, used across the world by enthusiasts and overclockers alike. The Arctic Silver 5 as the name suggests, is made out of 99.9% pure micronized silver. However, it’s non-electrically conductive, so there’s no need to worry in this regard. Its thermal conductivity is rated at 8.7 W/mK by the company, which is slightly better than the GC-Extreme and even the Arctic MX-4. Priced at nearly 6 bucks, the Silver 5 is worth every single penny that you’re paying for. 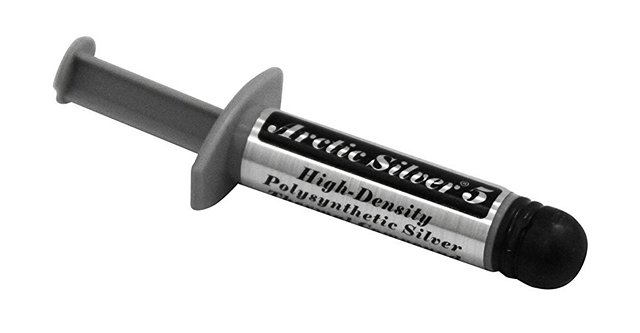 The Noctuna NT-H1 was one of my favorite thermal compounds that I recommended to many of my friends and family who were looking for a thermal paste. Now, the company has launched a much-improved version of the NT-H1. Dubbed as the Noctua NT-H2, it is a premium-grade thermal compound that ensures optimal heat-transfer from the CPU or GPU to the heatsink for bringing the best cooling solution. The NT-H2 uses a new fine-tuned mixture of metal oxide micro-particles for even lower thermal resistance and reduced bond-line thickness at typical mounting pressures. It is also not conducive to electricity thus ensuring that there’s no chance of a short-circuit accident. 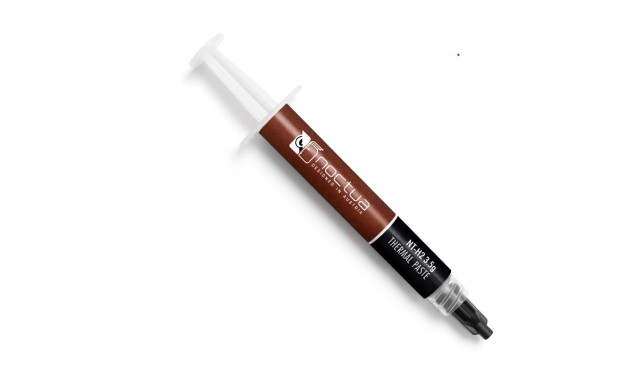 The thermal compound can be stored for 3 years and works for 5 five years without any problem once applied. The thermal conductivity has not been rated by the manufacturer. However, it has a peak operating temperature ranging between -50 to 200°C (improved from -50 to 110°C range of NT-H1), which is pretty impressive. Overall, the NT-H2 is an affordable yet professional solution for overclockers for some exceptional thermal results.

Extreme overclockers, this one’s for you. If you’re not satisfied with the thermal performance offered by even the best grease-based thermal pastes, well it’s time you move on to liquid metal thermal compounds. These liquid-metal based thermal compound take the game to a whole new level by boasting very high thermal conductivity of 38.4 W/mK. Well, you’ll notice a significant temperature drop, especially if you’re coming from a regular thermal paste. It works best on delidded CPUs as most of the CPUs available today don’t have a soldered integrated heat spreader (IHS). Instead the CPU manufacturer uses TIM for heat dissipation between the heat spreader and CPU. That being said, these liquid-metal based thermal compounds should strictly not be used with aluminium heatsinks, as the gallium alloy used here will corrode the aluminium in your heatsink. 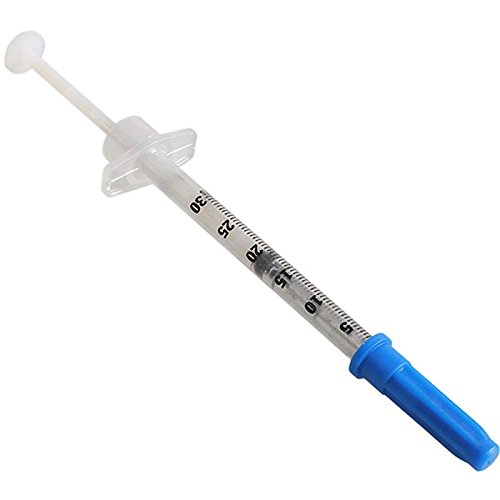 Thermal Grizzly Conductonaut Thermal Grease Paste comes in an easy to apply 1.0-gram syringe and delivers optimal heat transfer for large-scale cooling systems. With an exceptional thermal conductivity rating of 73 W/mK, the Thermal Grizzly Conductonaut is one of the best thermal pastes you can buy in 2019. It can reduce the operating temperature of CPU or GPU by 10°C, thereby giving you a big headroom for overclocking. It has a peak operating temperature range of -50°C to 180°C which is one of the best in the market. Thanks to its exceptional performance, it has become the go-to thermal paste for computer nerds who want to run their machines to the extreme. If you also want to test your system’s limits, you should buy this thermal paste. 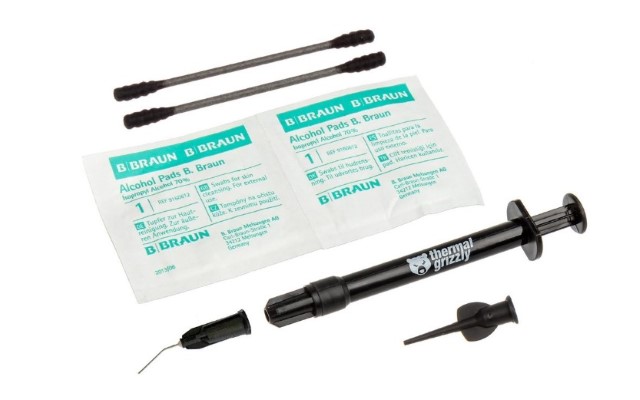 CORSAIR is one of the best PC accessory makers on the market. They make keyboards, mice, cases, custom cooling solutions, mousepads, power supply, coolers, and more. So, it’s not a stretch to imagine that the company also makes its thermal paste, however, surprisingly very few people know about this one. The CORSAIR XTM50 is a premium Zinc Oxide based thermal compound which has a low viscosity that allows it to easily fill microscopic abrasions and channels for peak thermal transfer. It has a thermal rating of 5W/mK which might not be the highest on this list but is good enough for most users. The paste has an ultra-low thermal impedance which allows it to effectively lowers CPU temperatures. It also has a long life and lasts for years with no drying, cracking or change in consistency. 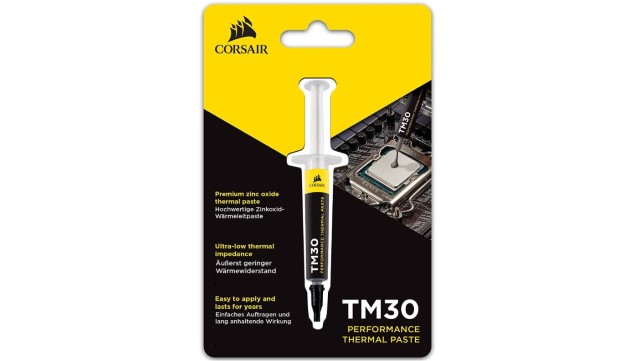 Another great thermal compound paste you could for is the Antex Formula X thermal paste. The Antec X thermal paste is high performance heatsink paste compatible with all CPU coolers, and it has a high thermal conductivity 11 w/mk, which is pretty good as far as thermal pastes go, and that means it can dissipate the heat coming from the CPU with ease. According to the makers, this paste can make sure you get good performance even in extreme environments, when temperatures are ranging from -30~240℃. Apart from that, the Formula X paste is easy to apply, even if you are a beginner and it comes with all the tools you need like a scraper, grease, rag, fingertips etc. It is also highly durable, not volatile, odorless, and non-corrosive and very importantly, comes at a great price tag. 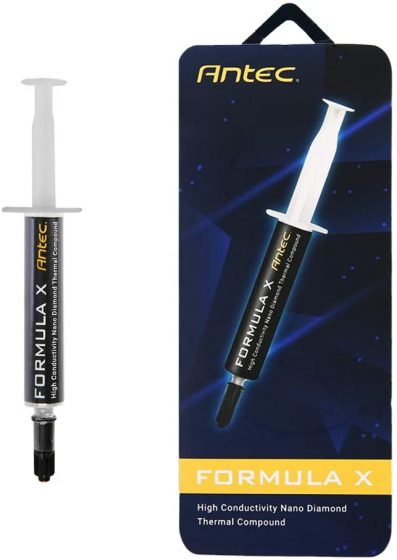 The final thermal paste that we are featuring here is the Thermalright TF8 thermal compound paste which is composed of carbon micro-particles which lead to an extremely high thermal conductivity. Just like other good thermal pastes, the Thermalright TF8 doesn’t contain any metal thus preventing any chance of short-circuiting accidents. It also has a very long life. Once applied, it can work efficiently for up to 8 years. That means you won’t need to open your system to reapply it every few years. Talking about some numbers, the TF8 has a thermal conductivity rating of 13.8 W/mK which is one of the highest thermal conductivity ratings we have seen in a thermal paste. What that means is that it can transfer heat from your CPU to heat-sink to give you better cooling. Overall, one of the best thermal pastes on the market. 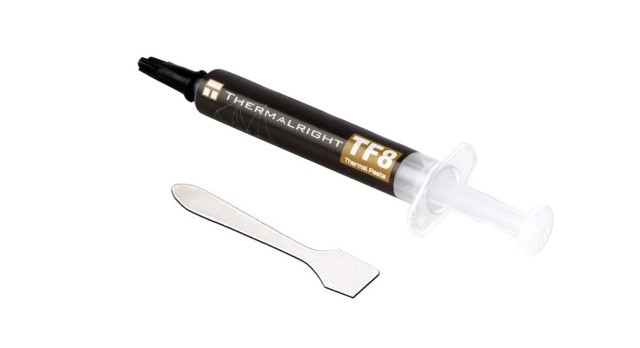 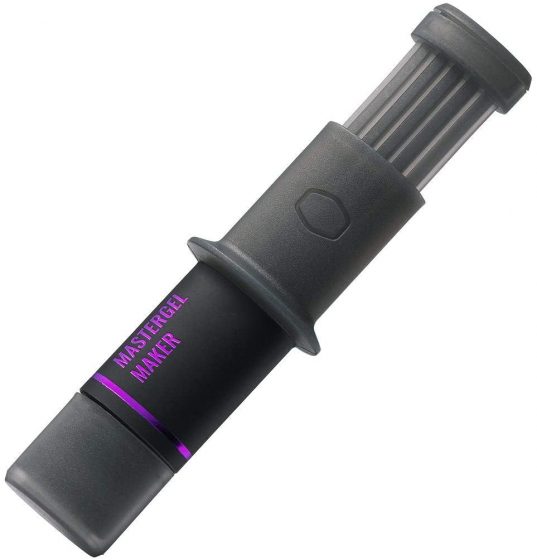 Cool Down Your CPU Using The Best Thermal Pastes

The stock thermal paste that’s often bundled with the CPU coolers are certainly not even close to the best ones you can get your hands on. If you feel like your processor is running pretty hot, even at a low ambient temperature, you should certainly consider investing in a good thermal paste. Even if you have a laptop, you should consider getting the thermal paste replaced by an expert technician, as the compound used by the manufacturer is usually of average quality and not applied properly.

Well, there are plenty of options to choose from. Depending on your budget and performance demands, you could choose between normal grease-based or liquid-metal based thermal compounds. We suggest you to go for liquid metal only if the slightest of temperature difference matters a lot to you. Otherwise, it’s not worth the risk at all. So, which thermal paste are you planning to go for, and why? Do let us know by shooting your valuable opinions in the comments section down below.