With cryptocurrency prices going through the roof, more and more people are starting to invest in digital assets like Bitcoins and Ethereum. Centrals Banks are issuing warnings about an impending Bitcoin bubble, but that doesn’t seem to be putting a damper on anyone’s enthusiasm about this newfound asset class. So if you want to get in on the act as well, the first thing you’ll have to do is set up a Bitcoin Wallet to store your digital cash. While there are many different types of wallets to store your crypto investments, using web-based ‘hot wallets’ mean that you won’t actually have any control over your money, leaving you at the mercy of the service provider’s security infrastructure that has often proven to be the weakest link for the security of cryptocurrencies, with over $1 billion said to have been stolen, hacked or scammed from unsuspecting investors over the years. That is exactly why we recommend using hardware wallets to store cryptocurrencies.

The Best Hardware Bitcoin Wallets You Should Use

With cryptocurrencies becoming relatively more mainstream by the day, many companies are starting to offer hardware wallets, but here are the best, most time-tested ones you should use:

The Ledge Nano S is, by far, the most recommended hardware wallet to store Bitcoins. It is made by a France-based tech company and, offers a wide variety of features for cryptocurrency investors. The device comes with two hardware buttons and a secure OLED display to double-check and confirm each transaction. It also needs a 4-digit PIN code (of your choosing) each time it is plugged in. One of the best features of the device is the ‘backup seed key’ that can be used to recover your cryptocurrencies in case the device is lost or damaged. 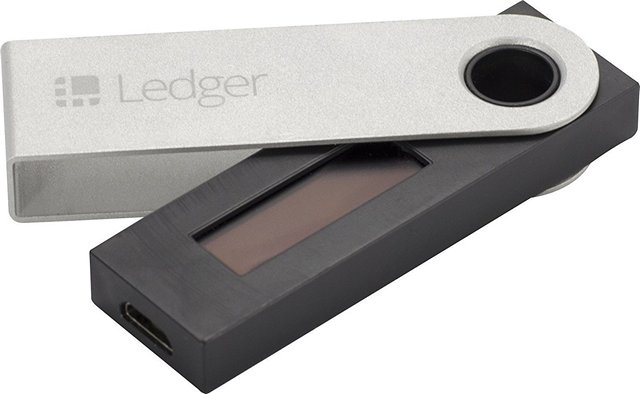 The Ledger Nano S is based on a dual chip architecture (ST31/STM32, Certification level: CC EAL5+), while the firmware integrity is guaranteed by cryptographic attestation. Apart from Bitcoin, the device also supports a number of other popular cryptocurrencies including, Bitcoin Cash, Ethereum, Ethereum Classic, Ripple, Litecoin, Dash, Stratis, Komodo, Ark, PoSW and ERC20. Overall, this is a feature-filled, relatively inexpensive, well-reviewed cryptocurrency wallet that is generally considered a must-have for cryptocurrency investors. The device currently costs just over $70 on Amazon US, but we’ve seen it listed at $65 earlier. In the Eurozone, it will costs you 58€ from the company’s own official webstore.

Made by Satoshi Labs, Trezor is the original hardware wallet that started it all. It comes with an OLED display and supports a 24-word recovery seed key just like the Ledger Nano S. The device runs on open source software and, is compatible not only with Windows, macOS and Linux distros, but also with Android devices and with apps such as Mycelium and Multibit HD. All you need to do is to connect your Trezor to the computer and follow the instructions. The device comes with two hardware buttons that let users confirm or or deny transactions with a single press. Users can also backup the contents on a small piece of paper and use this backup to regain access to all their coins in case the device malfunctions or gets lost. 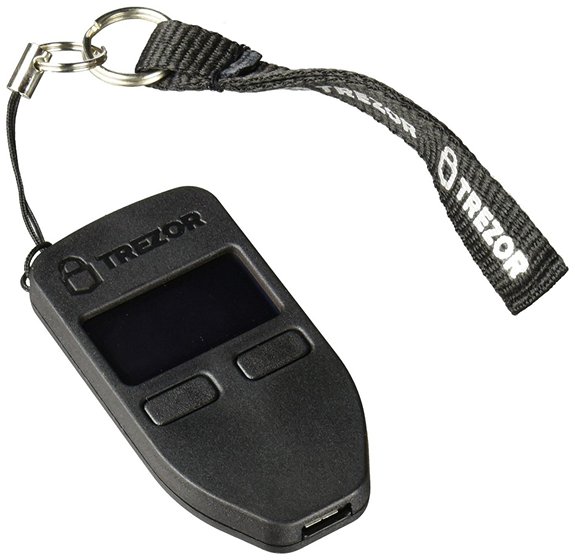 Trezor uses state-of-the-art cryptographic algorithms that are open-source, which means everything can be audited by an independent third party, ensuring that the operations are transparent and backdoor free. Trezor supports a number of altcoins, like Litecoin, DASH, Bitcoin Cash, Ethereum, Ethereum Classic, ERC20 tokens, Zcash and more. Trezor costs $99 in the US and €89 in Europe. While devices like the Ledger Nano S offer better value for money, the Trezor continues to remain one of the best-regarded products in the segment.

KeepKey is yet another hardware Bitcoin wallet that has fairly similar functionality to those of the two devices ahead of it on this list. It has same backup seed key feature with PIN enabled like the other wallets, although, it supports fewer altcoins. While support for Bitcoin is a given, KeepKey will also help you store Ethereum, Litecoin, Namecoin, Dogecoin, Dash and Testnet. The device works with Windopws, macOS, Linux and Android. 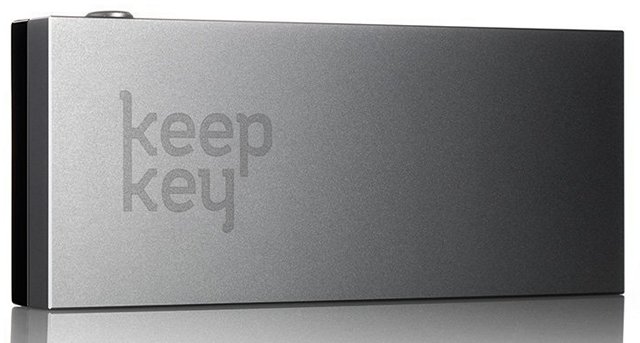 While KeepKey is a very decent device when taken in isolation, one of the factors that make it relatively less popular than the two aforementioned ones is its size. It is significantly larger than its peers, making it difficult to carry around in your pocket. It is also priced at the higher-end of the spectrum, costing €89 a pop from the company’s own website. You can buy it from Amazon if you’re in the U.S.

As mentioned earlier, many startups are starting to launch hardware cryptocurrency wallets with the increased public awareness about the technology. CoolWallet is the result of one of these projects that originally started off as an Indiegogo campaign by a startup called CoolBitX back in 2014. Unlike the other devices on this list, the CoolWallet looks like a credit card and, is fully waterproof. It also has a screen that displays passwords and seeds in ‘protection mode’ so as to make sure nobody but the user alone can see the actual content. 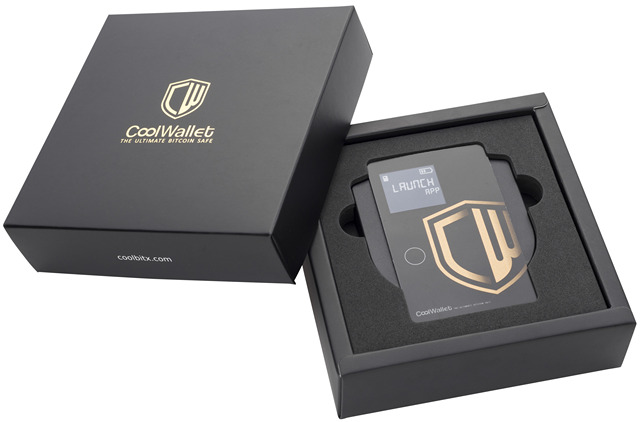 The CoolWallet comes with a clickable circular control button that allows users to operate the device. It also has a built-in re-chargable battery that is said to last up to two years. The card can bend up to 15 degrees and, is heat resistant up to 60 degrees celsius. Overall, this is as unique a hardware Bitcoin wallet you’ll ever get, but do keep in mind that it has only started shipping a few months ago, so it is yet to prove itself as an effective, trustworthy, privacy-oriented alternative to its more established rivals.

BitLox is yet another hardware wallet that comes with the credit card form factor, although, it too, is a relatively new entrant in the industry. Like Trezor, Bitlox also comes with open-source firmware. Even its apps that are used to communicate with the device and the blockchain are open source and, can be found on Github. 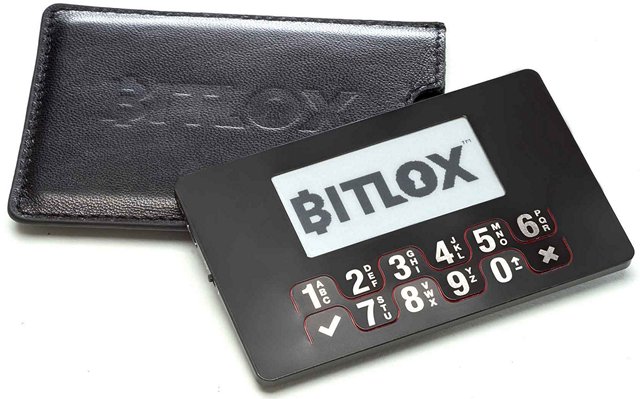 Bitlox offers 12, 18 or 24 word mnemonic backups to recover funds if the device is ever lost or damaged. It’s fully compliant with BIP32 & BIP39 and, comes in three different packages – Advanced, Ultimate and Extreme. Prices start at $98 for the first option, with each higher option costing $50 extra.

Opendime is a small USB stick that acts like a read-only flash drive. It works with any computer, laptop and phone. The private key it generates remains undisclosed even to the owner, making it one of the most secure hardware wallets in the market.

The headline features of OpenDime include Bitcoin message signing, normal (non HD) bitcoin payment addresses and private keys in WIF format. If you are planning to buy the device, do note that it doesn’t have a screen on it, which may be a problem in some cases.

Digital Bitbox is made by a Switzerland-based company named Shift Devices, AG. It is a minimalist bitcoin hardware wallet that comes with open source software and cool features like, smart verification and two-factor authentication, Tor and Tails OS compatibility, as well as optional Multisig. The device comes with BIPS32 support, while a micro SD card allows offline backup and recovery.

Digital Bitbox supports only BTC and Ethereum (ETH, ETC and ERC20 tokens) at the moment, but there are plans to add more altcoins in the future. The device costs €54 ($63) in Europe, while US residents need to pay €79 ($93) including a €25 FedEx Priority Express charge.

Hardware wallets are specially-engineered physical devices that allow you to store and secure your crypto assets offline on your own hardware. The devices come with buttons that need to be pressed in order to authenticate every transaction, making them as hacker-proof as is realistically possible. Most hardware wallets also provide what’s known as a ‘seed backup’ in case the device itself is lost or stolen, so no matter what, you and only you are always in charge of your digital assets, making these devices the best options to store your digital riches.

However, while hardware wallets help keep your keys safe offline, they also come with some major drawbacks. First off, you’ll always need to carry your wallet around like a USB flash drive to be able to carry out transactions. Also, you can’t access your coins if you forget or misplace your recovery seed backup, which is why its crucial to make multiple copies of your private keys or recovery code and distribute them to people you trust so that the money can be recovered even if something were to happen to you.

Get a Hardware Wallet to Secure Your Crypto Coins Offline

Now that you know about the best hardware Bitcoin wallets, go grab yourself one before putting any more money into digital assets. You can continue using hot wallets for loose change, but to store a large amount of Bitcoin/altcoins safely, the least you can do is get one of the aforementioned devices. Once you do that, remember to let us know about your choice, because we love hearing from you. 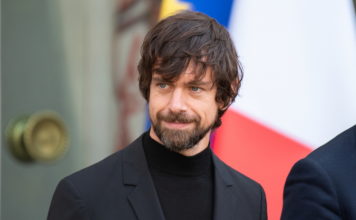 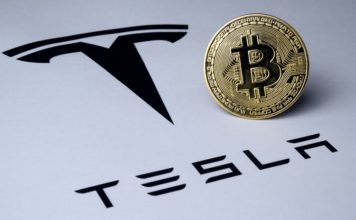 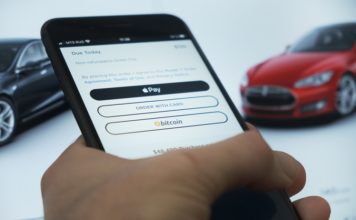 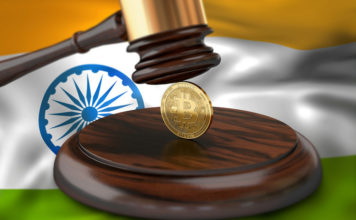 Confusion surrounding the legality of Bitcoin and other cryptocurrencies is at an all-time high in India following a recent report that suggested the Modi...
Kishalaya Kundu - May 1, 2021