We have to admit that drones have come a long way in the past few years. We used to have drones that were too bulky to carry around and needed a carrying case which we could use to carry our pets instead. They were also too expensive for the average consumer, but now things have turned around. Today, we have drones for every price point, just like a smartphone. Most of the drones available these days, come with built-in cameras, so you don’t have to worry about mounting a DSLR on it just to record some high quality footage. So, if you’re in the market to buy a new camera drone, you’ve come to the right place. Without further ado, here are the 10 best Drones with camera you can buy in 2017:

If portability is your thing, then look no further. The DJI Mavic Pro is an ultra-portable drone with the ability to shoot professional grade videos. It’s probably the drone that people have always dreamed about, which is finally a reality, courtesy of DJI. It can shoot 4K videos at 30 frames per second, take 12 megapixel photos and it’s packed with several smart features. These include ability to avoid collisions if you try to fly it into an object. It can remember its initial take-off position, and return to it, if the drone is on low battery. 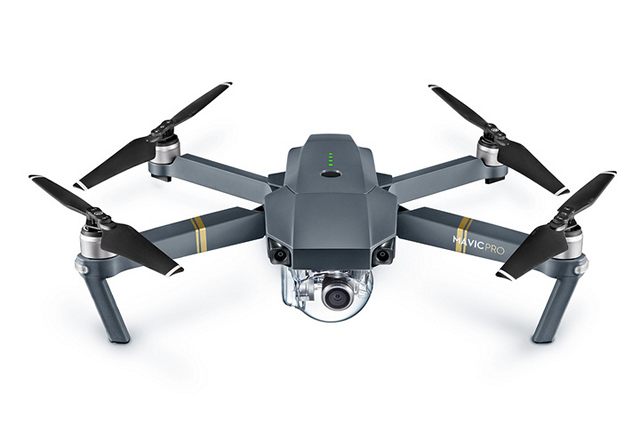 The Mavic Pro also features intelligent flight modes like a “Follow Me” mode, which actively tracks you and follows you wherever you go. Its battery is also good enough and lasts you 27 minutes on a single charge. For a price of $999 and the portability it offers, this drone is a great buy.

The GoPro Karma is pretty special because it comes with the GoPro Hero5 Black action camera, which is capable of taking 12MP stills and shoot 4K video at 30 fps. On the other hand, if you have been following the news regarding drones, you would know that the GoPro Karma drone had a rocky launch. It was universally recalled by the company because the drones were crashing during flight without any warning due to a sudden loss of power. The drone has now been re-released by GoPro after they took 3 months to resolve the issue. It’s priced appropriately and can be bought with or without the GoPro camera. If you already have a GoPro Hero 5 camera, you can just buy the Karma drone for $799. It also comes bundled with GoPro Hero 5 Black for a price of $1,099. 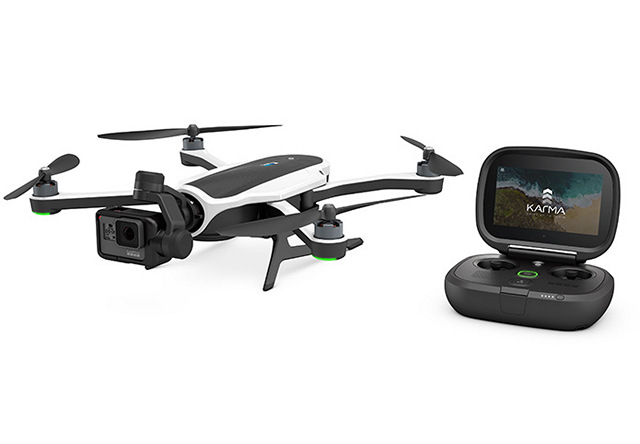 The Karma is easy to maneuver even for beginners as the controller comes with an integrated touchscreen, so you can watch what you’re shooting. This is unlike most of DJI’s drones which require you to connect your smartphone in order to view the real-time footage. It can soar at a maximum speed of 35mph while managing to keep everything steady with the help of a 3-axis gimbal. GoPro says the Karma has a flight time of 20 minutes on a single charge. It’s considered as a worthy contender to the DJI Mavic Pro by many, even though the Mavic is better in many aspects.

Apart from this, the Phantom 4 has better flight speed, max bit rate, improved burst mode, ISO range and features dual camera obstacle avoidance in the front and back in addition to the infrared sensors, making the drone almost crash-proof. 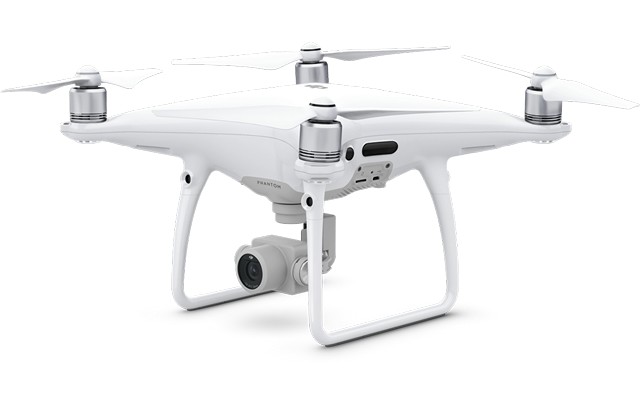 The Phantom 4 Pro also comes with an optional controller with a built-in display, so you don’t have to connect your smartphone to view the real-time footage. A single charge can provide you with 30 minutes of flight time which is slightly better than the 27 minutes offered by Phantom 4 and Mavic Pro. It’s priced at $1499 for the standard variant and $1799 for the one with the controller which has a built-in display. At this price point, there’s no better drone on the market right now, and it’s aimed at professionals who want high quality footage from their drones. 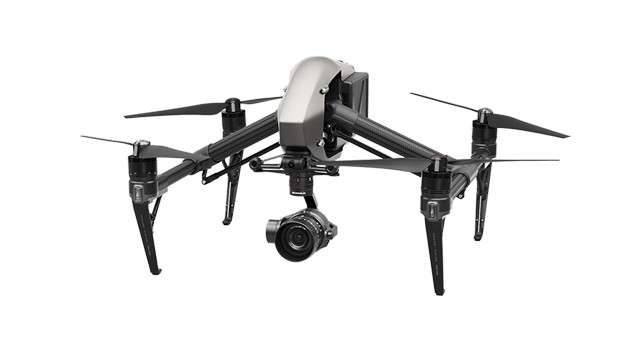 The Inspire 2 has a flight speed that tops out at 94 kmph and has a maximum descent speed of 9 m/s, which is phenomenal for a drone. The drone can be purchased separately without the camera for $3000, whereas the starter bundle with the Zenmuse X5S costs approximately $4900. It can also be purchased with a Zenmuse X4S camera for nearly $3600.

Coming from a brand that everyone isn’t aware of, the Typhoon H Pro drone has impressive specs and packs some serious capabilities. The drone comes with a built-in 12.4 MP camera, capable of recording 4K footage at 30 fps and 1080p footage up to 120 fps to satisfy all your slow-motion desires.

The drone features Intel’s RealSense technology, which can detect obstacles and self-navigate around them while flying or following the user. There is also a smart return home mode, which makes drone go back all the way to the initial takeoff point by automatically avoiding all the obstacles. The drone has also a 360 degree camera that lets the user take shots even from the back of the drone. It features 6 rotors, a retractable landing gear and high positioned props, which does not appear in the frame even while flying at high speeds. 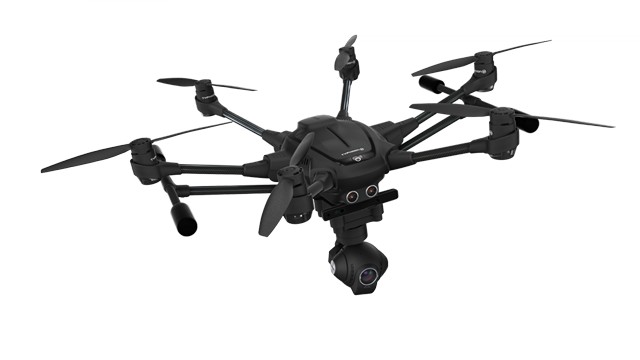 The Typhoon H Pro has a flight time of around 19 minutes, which is a bit lessthan the DJI Phantom 4 Pro, which is priced at a similar range. Its controller comes with a built-in touchscreen, therefore you don’t have to connect your smartphone to watch what you’re shooting in real-time. The pricing is steep, especially considering the fact that it’s coming from a brand that’s not well-known. The Typhoon H Pro can be bought for a price of $1499 without Intel’s RealSense technology and the one with RealSense technology costs $1899, which is the main selling point of this drone.

If you want a DJI drone, but you’re on a budget, Phantom 3 standard is the way to go. The price has dropped to $499 from the initial launch price of $799, making this a suitable choice for beginners. The drone boasts a 12 MP camera that can capture stable 2.7K footage even while flying at high speeds, thanks to the integrated three-axis gimbal. 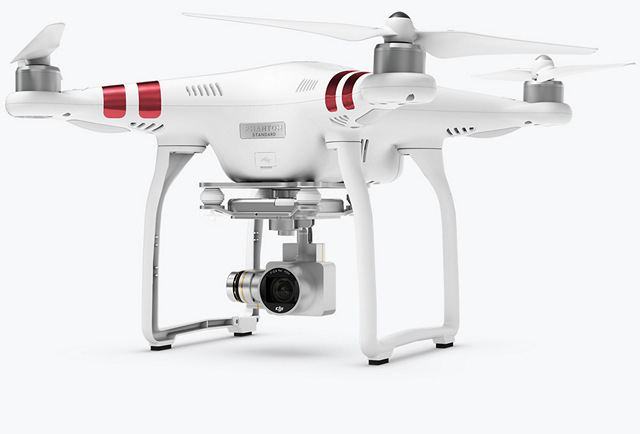 The Phantom 3 Standard has a flight time of approximately 25 minutes. The controller that it comes with has limited features only letting you tilt the camera up and down. The rest of the camera controls and settings are handled through the DJI Go app which is available for both iOS and Android. So, you will have to connect your smartphone to the controller for complete control over the drone.

Parrot SA has been making drones for several years now. They usually target the consumers who are on a budget by offering affordable drones. The Bebop 2 is no exception, boasting a 14-megapixel camera that can record 1080p footage. This drone has a maximum range of 300 meters and offers a flight time lasting over 20 minutes on a single charge.

The Bebop 2 is lightweight and easy to maneuver, which is especially important for beginners. The only issue with this drone is the unreliable Wi-Fi connection which frequently drops, which makes it hard to recommend over the DJI Phantom 3 Standard, especially considering the asking price. It comes with a controller with a built-in display and the drone can be purchased with the skycontroller for a price of $499.

Holy Stone has some of the best budget drones within the $100 price range that thousands of people buy on Amazon. The Holy Stone F181 is no exception, with the product page flooded with positive reviews. Well, reason being the features it packs for a very affordable price. Marketed as an entry-level quadcopter, this drone is all about how easy and straightforward it is to fly.

The Holy Stone F181 features a 6 axis gyro which is one of the key selling points of the drone. The F181 has a 720p HD camera, 4 channel transmitter and a Headless return system. 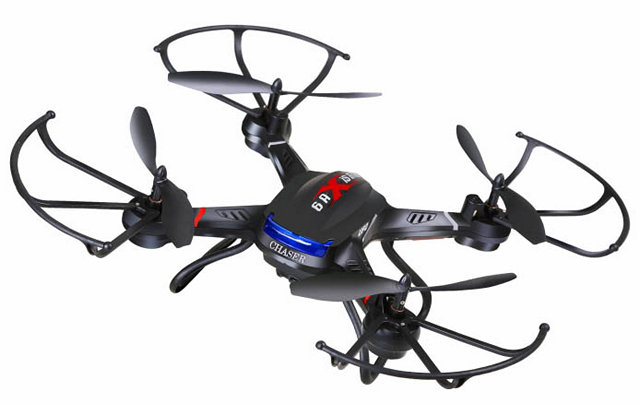 It has a range of 50-100 meters and the flight time lasts for approximately 8 minutes on a single charge. It’s currently available on Amazon for a price of $110 which I think is perfect for a beginner drone.

The Syma X5C-1 Explorers drone is the most affordable drone in our list, but still packs a punch, even though it’s a drone for kids. It features a 2 megapixel camera that can shoot 720p HD footage. The drone also has a six-axis gyroscope for precise hovering in the sky. It uses spread spectrum technology to provide a maximum flight range of up to 50 meters. The maximum flight time of this drone is about 7 minutes and it can be charged via USB within 90 minutes. It can be purchased on Amazon for a price of roughly $55 and it’s aimed at children who are interested in flying toy drones. 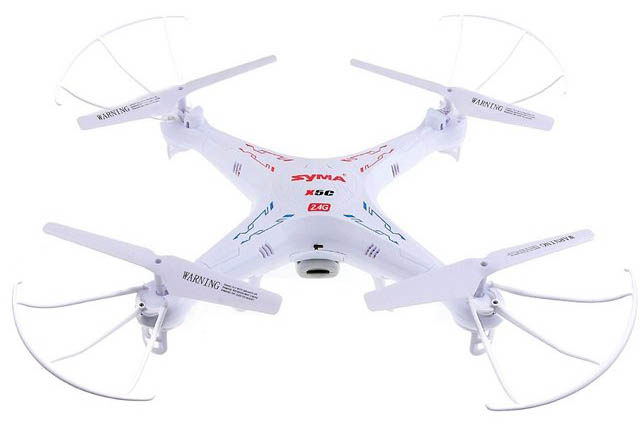 This drone literally looks like a DJI Phantom for the price of a DJI Phantom. Plus, it does pack some serious features for beginners and pros alike, featuring a camera with an integrated 3-axis gimbal that can record 4K footage. It has a 108-degree field of view and can take 12 megapixel shots with the camera. 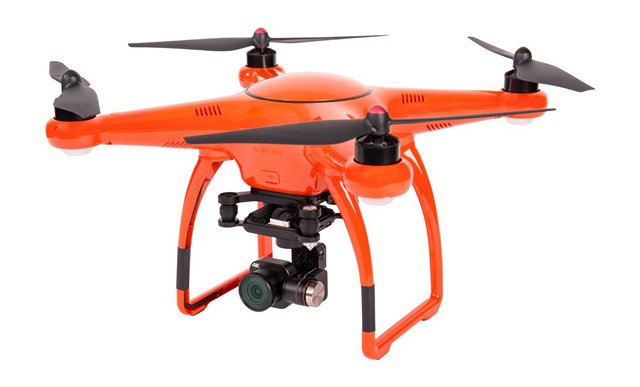 The X-Star Premium Drone has a maximum flight range of 2 kilometers and can achieve a maximum flight speed of 16m/s which is same as the Phantom 3. It also packs a 4900 mAh battery, which can provide a maximum flight time of up to 25 minutes. However, the only thing that makes this drone quite hard to recommend is the $799 asking price, especially considering the fact that the Phantom 3’s price has dropped to $499 and is a much better choice for what it offers.

Get The Best Drones With Cameras!

So, those are the best camera drones between different price points. Depending on your budget, you probably have multiple options to choose from. However, we’re glad we could help you shorten your list. Are you planning on buying one soon? If yes, let us know which one you’re going for and why. If not, you probably still enjoyed reading the article. So, if you want similar articles in the future, please do mention it in the comments section below.