Rocksteady Studios, the creator of Batman: Arkham trilogy has been laying low since its last release on PlayStation VR back in October 2016. But a recent tweet from the studio’s official handle has teased the initiation of a new game’s development. It has shared multiple pictures of behind-the-scenes development, without clearly hinting at the details of this mystery project.

The Rocksteady Mocap studio. Calm before the storm… pic.twitter.com/creAOFtsBW

In an intriguing tweet, Rocksteady shared that the pace of work in the mocap (motion capture) studio is picking up. The studio shared a panoramic image of an empty mocap studio, calling it the “calm before the storm“, and yes even our minds sprung back to the DC Comics’ animated series Batman v. Joker which also featured the Justice League and had an episode by this name.

Further, a couple of weeks ago, Rocksteady posted another image of its “unofficial mocap support crew” in which eight people are seen dressed in mocap attire for a “test shoot“. This is another clue that points at Justice league coming aboard to help Batman fight the wicked forces of Arkham city. One thing we know for sure is that the studio is not working on a Superman game, at least not one with Superman being the central figure – the rumor has already been trashed by the studio.

Troy Baker, the artist who gave his voice to several characters across the Batman franchise – especially Batman: Arkham games – including Robin, Two-Face, Joker, and even Batman, also shared his eagerness by replying with a brilliant popcorn gif.

What exactly the studio is working on is hard to know. But it is possible that the announcement comes during or before E3 2018 which is scheduled for June. Meanwhile, WB Games is also developing a game based on DC Comics, but it is hard to determine if the two studios are working together. Nonetheless, you can keep speculating and even hit us up with what you think in the comments below. 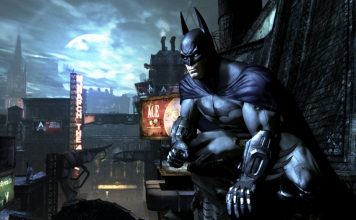 15 Best Batman Games You Should Play

Batman is one of the most iconic superheroes. While he was introduced in comics in the 1940’s, his movie and TV appearances since the...
Dilawer Soomro - Jun 12, 2019