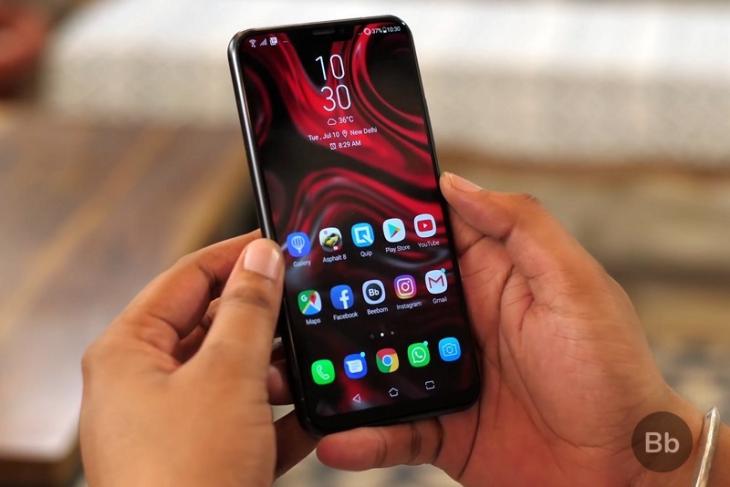 When the Asus ZenFone 5Z was launched in India, it managed to gain a lot of hype, thanks to the fact that it was the most affordable smartphone with the flagship Snapdragon 845 chipset. While that has changed with the new Poco F1, the ZenFone 5Z remains the flagship Asus smartphone in India and it’s a pretty nice smartphone for the price. However, unlike the ZenFone Max Pro, for which Asus promised the Android Pie update, there was no word on the same about the ZenFone 5Z, which wasn’t that surprising, considering the 5Z comes with the ZenUI custom skin. Well, it looks like, Asus wants to surprise its ZenFone 5Z customers by bringing the Android Pie update pretty soon. 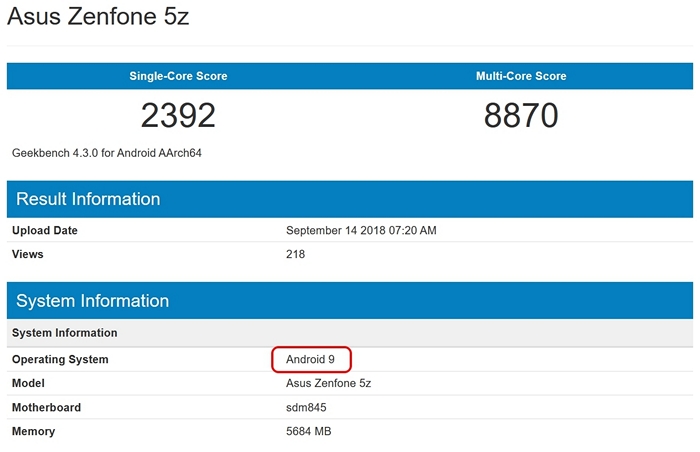 The folks over at GSMArena have spotted a Geekbench score sheet of the ZenFone 5Z, which shows the device running an Android 9 Pie build. Reportedly, Asus’ developer team is testing the Android Pie update on the ZenFone 5Z, which hints that the update might be rolled out pretty soon. Now, that is definitely some good news for ZenFone 5Z owners, because the Android 9 Pie update brings a number of cool features, like various visual changes, navigation gestures, AI-powered Adaptive battery and brightness, Digital Wellbeing features and a lot more. Plus, Asus might even update its ZenUI to include some UI changes and features. Basically, it’s a win-win.

We have contacted Asus on when we can expect the Android 9 Pie update on the ZenFone 5Z and we will update this article once we receive a response.