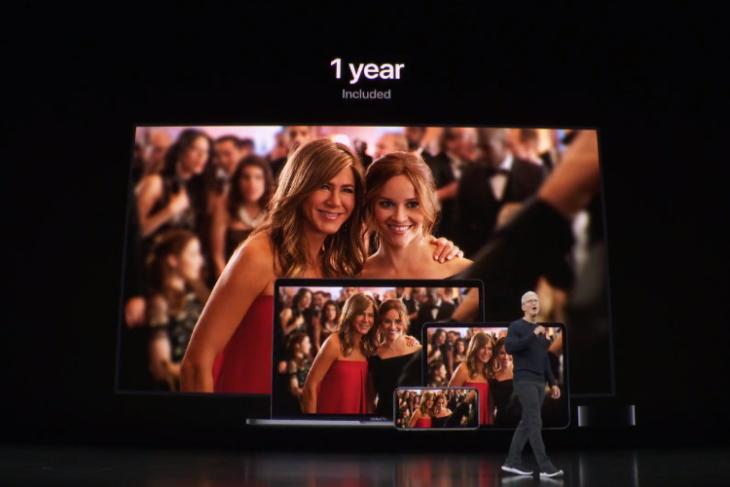 Apple unveiled its video streaming service, Apple TV+, back in March, alongside its game-streaming platform, Apple Arcade. The company had already announced plans to bundle a 1-year subscription of the former with any iPhone, iPad, Mac, Apple TV and iPod Touch purchase, but the company is now also offering to bundle the service with Apple Music’s student subscription plan, which costs $4.99 a month.

The news is believed to have been first reported by Academy Award-nominated actress, Hailee Steinfeld, on her Instagram page. Subscribed separately, Apple TV+ will cost $4.99 per month, while Apple Music comes with a price-tag of $9.99 a month per device for regular subscribers or $14.99 for the Family Plan. The student plan bundle is only a limited period offer, but Apple is yet to announce a concrete end date.

In case you don’t know it already, Apple TV+ will officially launch in the US tomorrow, November 1st. Contrary to expectations, the Cupertino giant has priced the service at just $4.99 per month for the entire family (multiple devices), which is significantly lower than the plans offered by the biggest name in the industry, Netflix, whose standard plan now starts at $12.99 per month after a price revision earlier this year.

According to earlier reports, Apple is spending generously on content for its new streaming platform. A new sci-fi show in particular, called ‘See’, is reportedly being shot at an eye-popping budget of $15 million per episode. The show has been described by Apple as an epic, ‘world-building drama’ set in the future, and stars Jason Momoa from ‘Game of Thrones’. Some of the other programs on the platform will star celebrities like Jennifer Aniston, Oprah Winfrey, Reese Witherspoon and Steve Carell.