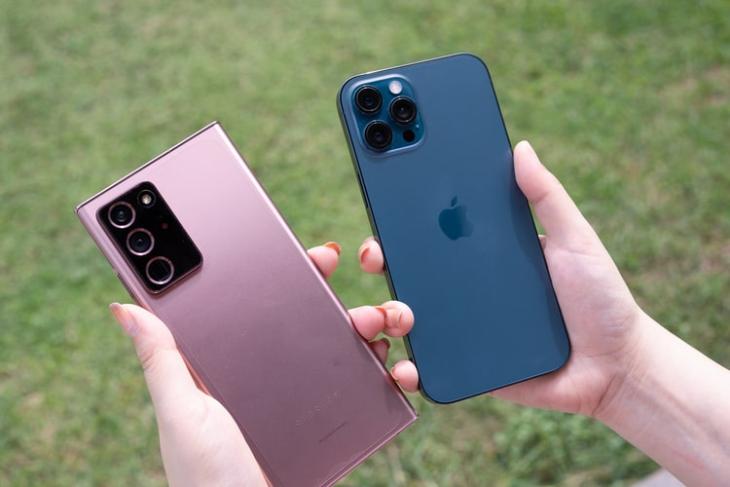 Ever since Apple released its 5G-supported iPhone 12 series, the devices have been selling like hotcakes in the market. As a result of this massive demand, we saw the company top the charts in a Counterpoint Research report recently. Now, as per another research report, Apple has claimed the top spot, shipping more iPhone units than Samsung, in the last quarter of 2020 after four whole years.

As per a recent Gartner report, Apple became the top smartphone vendor in Q4 of 2020, beating Samsung in the run. The report states that the last time Apple was in the top spot, above Samsung was in the fourth quarter of 2016, which was four years ago.

This year, however, with the launch of the iPhone 12 series, Apple was able to retake the top spot as a smartphone vendor. The Cupertino giant sold almost 80 million iPhone units at the end of last year. This reportedly helped Apple record double-digit growth and surpass Samsung.

“The sales of more 5G smartphones and lower-to-mid-tier smartphones minimized the market decline in the fourth quarter of 2020. Even as consumers remained cautious in their spending and held off on some discretionary purchases, 5G smartphones and pro-camera features encouraged some end users to purchase new smartphones or upgrade their current smartphones in the quarter,” said Anshul Gupta, the Senior Research Director at Gartner.

The report also states that despite Samsung’s year-on-year decline of 14.6% in smartphone sales, the South Korean giant retained its No. 1 spot as a global smartphone vendor in the whole of 2020. Moreover, Apple and Xiaomi were the only two companies amongst the top five to experience growth as smartphone vendors last year.

“In 2021, the availability of lower end 5G smartphones and innovative features will be deciding factors for end users to upgrade their existing smartphones. The rising demand for affordable 5G smartphones outside China will boost smartphone sales in 2021,” Gupta added further.