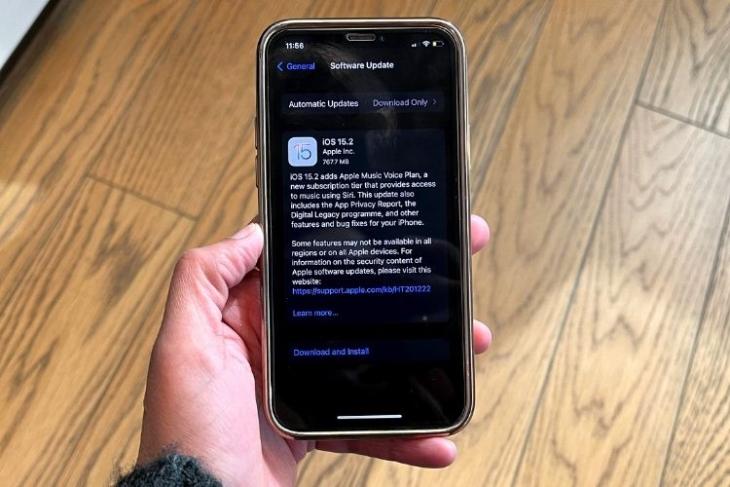 Apple has started rolling out the latest iOS 15.2 and iPadOS 15.2 updates to users. The new versions of iOS 15 and iPadOS 15 bring a ton of new features such as Apple Music’s voice plan and App Privacy Report, among others. The company has also released watchOS 8.3, tvOS 15.2, and HomePod 15.2 updates. Check out what’s new in these latest Apple OS updates

Both iOS 15.2 and iPadOS 15.2 bring a few significant features to iPhone and iPad users. Firstly, Apple has started to roll out the new Apple Music Voice Plan subscription tier that allows users to access Apple Music via Siri. It is a cheap subscription tier for the company’s music streaming services, coming in at just $4.99 (Rs 49) a month. However, users will be limited to voice commands to access playlists, radio stations, and other content on Apple Music. This is in addition to the $9.99 Individual and $14.99 Family plans.

Users will now be able to see a full “App Privacy Report” from the Settings menu. This report will show the activity data such as location, camera, photo, mic, contacts, and more accessed by applications, both from third-party developers and Apple itself. This gives users better control of their data.

Another feature introduced with iOS 15.2 and iPadOS 15.2 is a new safety tool for parents to keep an eye on their children’s iPhones. The new communication safety tool for parents and guardians allows them to enable warnings on their kids’ iPhones or iPads whenever they send or receive media content containing nudity. The tool was first announced by Apple at the time when the company announced to scan users’ iPhones and iCloud for images involving Child Abuse Sexual Abuse Material (CSAM). However, it was later delayed due to privacy concerns and backlash from the community.

Other features include Digital Legacy for people to set Legacy Contacts, macro photo control (enabled via Settings) to switch to the ultra-wide lens for capturing macro shots on iPhone 13 Pro/ 13 Pro Max, improved Store tab in the TV app, improvements to CarPlay, and more.

Apart from these major features, Apple has ironed out some of the known bugs on iPhone and iPad with this software updates. You can check out the entire release notes of iOS and iPadOS 15.2 on Apple’s official website to know more about the changes.

Users have already started getting the new update. To see if it’s available for you, go to the Settings -> General -> Software Update and download and install the update. On my iPhone X, the iOS 15.2 stable update was 698.7MB in size. However, the size will vary from device to device.

While updating, ensure you have sufficient storage, your device is connected to Wi-Fi, and you have at least 60% of the charge available. Have you upgraded to iOS 15.2 or iPadOS 15.2? Let us know in the comments.