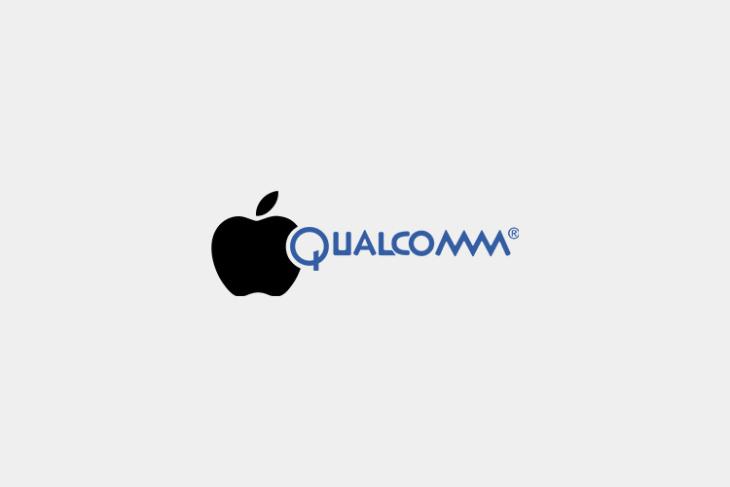 Apple may have paid chip-maker Qualcomm somewhere between $5 billion-$6 billion for an agreement to dismiss all ongoing litigations, including with Apple’s contract manufacturers, between the two companies worldwide.

According to a CNBC report citing an estimate from financial services firm UBS on Thursday, Apple probably agreed to pay between $8 and $9 in patent royalties per iPhone.

“The UBS estimate suggests that Apple paid a high price to end a bitter legal battle that spanned multiple continents and threatened Apple’s ability to release a 5G iPhone,” the report noted.

Apple and Qualcomm did not comment on the development.

The deal with Qualcomm would put Apple on a faster path to 5G for iPhones.

“The settlement includes a payment from Apple to Qualcomm. The companies also have reached a six-year license agreement, effective as of April 1, 2019, including a two-year option to extend, and a multi-year chipset supply agreement,” said the Cupertino-based iPhone maker.

The Apple-Qualcomm agreement was reached as chip-maker Intel decided to exit the 5G smartphone modem business and complete an assessment of the opportunities for 4G and 5G modems in PCs, Internet of Things devices and other data-centric devices.

“It’s likely Intel’s decision prompted Apple and Qualcomm’s decision to settle — which came as quite a surprise since it happened just as lawyers were presenting opening arguments at the latest courtroom trial,” The Verge reported.

Apple and Qualcomm have been fighting over patent licensing practices for the last two years.