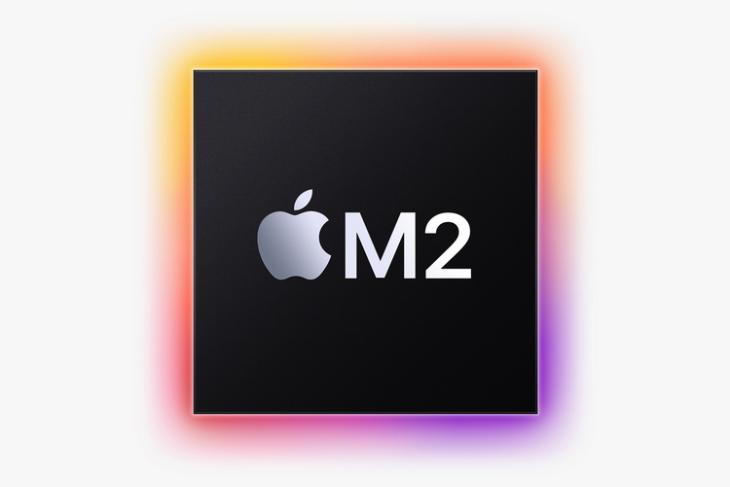 Although Apple’s WWDC 2022 developer conference primarily focuses on software improvements, we all expected new hardware products at the event this year, thanks to months of leaks and rumors. The company has today unveiled the Apple M2 chip, the next Apple Silicon for Macs. Here’s all you need to know about the Apple M2 chip.

According to Apple, the new M2 chip offers 18% better CPU performance than its predecessor, the original M1 chip. In typical Apple fashion, the company compared M2’s performance with a Windows PC and claimed the M2 chip is 1.9x faster than the 10-core Intel Core i7-1255U found in the 16GB RAM variant of the Samsung Galaxy Book 2 360 while consuming 1/4th of the power.

In terms of GPU, the company promises a significant 35% improvement in performance. Compared to the same Galaxy Book 2’s 10-core Intel chip, it is a 2.3x improvement with 1/5th of the power consumption. You also get a 40 percent faster Neural Engine on the M2.

Built on the same 5nm manufacturing process (which Apple calls second-gen), the M2 chip packs 20 billion transistors, 25 percent more than the M1. Thanks to the additional transistors, Apple says the memory controller delivers 50 percent more unified memory bandwidth at 100GB/s. The M2 also supports up to 24GB of LPDDR5 memory.

Coming to the new Neural Engine, Apple says it can now process up to 15.8 trillion operations per second. That’s over a 40 percent improvement over the M1. In addition, you get support for a higher-bandwidth video decoder boasting support for 8K H.264 and HEVC video. Apple has also packed a new image signal processor (ISP) that promises better image noise reduction.

To sum up everything we have discussed above, check Apple’s M2 summary slide right below:

Apple has already confirmed that the M2 chip will ship on the new MacBook Air and the 13-inch MacBook Pro next month. We are also working on a specs comparison between the Apple M2 and the M1, so stay tuned for updates.