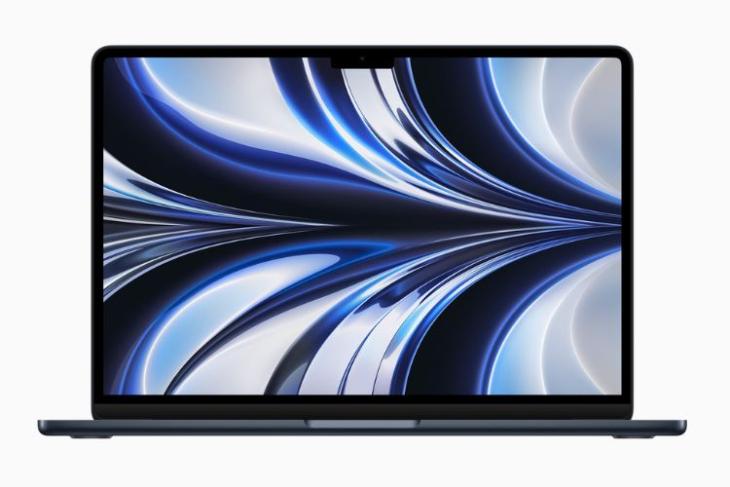 This year’s Worldwide Developers Conference didn’t see major upgrades on the software front. So, Apple decided to fill the gap with new hardware announcements at WWDC 2022. The Cupertino giant first unveiled the new long-rumored M2 chip and then launched the first M2-powered device in the form of the new MacBook Air. Yeah, the M2 MacBook Air is finally here, and it brings along a notch, upgraded display, MagSafe, and a lot more. Here’s everything you need to know about the new MacBook Air:

Starting with the design, the new MacBook Air boasts a unibody enclosure built using 100% recycled aluminum. It’s also the first Apple device to utilize certified recycled steel. This new laptop is lightweight and weighs just 2.7 pounds (~1.22 kgs). Also, the MacBook Air is merely 11.3mm in thickness, meaning it is much thinner than the thickest part of the M1 MacBook Air.

The M2 MacBook Air includes a 13.6-inch Liquid Retina display with slimmer bezels and a brighter panel. The display here can go up to 500 nits and is 25% brighter than its predecessor. It also supports up to 1 billion colors and a 1080p FaceTime camera in the same bucket-shaped notch as the MacBook Pro.

This laptop is powered by the Apple M2 chip with up to 10-core GPU, up to 24GB RAM, and up to 2TB of SSD storage. The M2 chip comes with a new media engine, enabling more simultaneous 4K and 8K streams, ProRes video engine, and more. Furthermore, the M2 MacBook Air now supports MagSafe charging, which comes with a braided charging cable.

Apple does not disclose the battery size at the event or in the blog post, but it did say that the M2 MacBook Air support up to 18 hours of video playback. It comes with up to a new 35W Dual USB-C charger in the box. Moreover, it supports Fast charge through the 67W power adapter, providing 50% charge in just 30 minutes.

Along with the Air, Apple has also updated the 13-inch MacBook Pro with the M2 chip. That means you get faster performance and better battery life (up to 20 hours of video playback, as claimed by Apple). It also supports up to 24GB of unified memory and all the goodness of the new M2 chip.