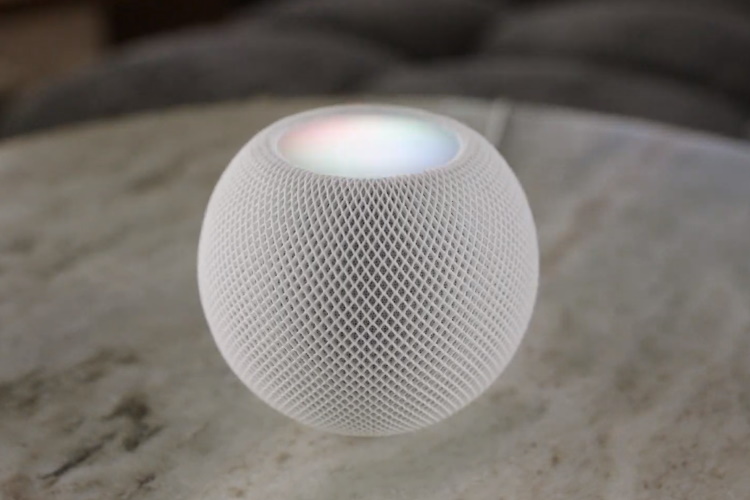 Rejoice, Siri fans! Alongside the iPhone 12 series, Apple has unveiled the long-rumored HomePod mini at its hardware event in Cupertino today. This is a tiny spherical smart speaker, a younger sibling to the original HomePod, backed by Siri. It also comes at a really affordable price to tackle the Alexa-powered Echo and Google Assistant-backed Nest Audio.

Just like its elder sibling, the HomePod mini is covered in mesh fabric (made with more than 90% recycled plastic) and includes a touch surface to control the volume and music playback at the top. This surface also lights up when you call upon Siri. It not only lets you ask queries, get weather updates but also control your smart home devices. 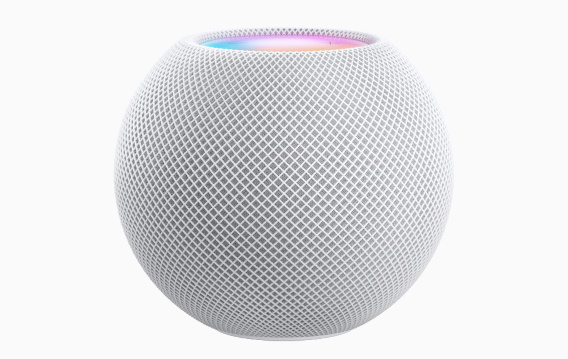 The HomePod mini features a main driver, two passive radiators, and an acoustic waveguide at the bottom “for an immersive 360-degree audio experience”. This is coupled with Apple’s S5 chip to enable computational audio technology that adjusts how the music sounds 180 times per second.

Apple is applying a series of complex tuning models to “optimize loudness, adjust the dynamic range, and control the movement of the driver.” You can, of course, create a stereo pair using 2 HomePod mini speakers. It also includes four microphones – 3 to listen to your ‘Hey Siri’ requests and one inward-facing to isolate sound and improve voice detection.

The press release adds, “It works effortlessly with iPhone to hand off music, answer calls or deliver personalized listening suggestions, elevates the sound from Apple TV, plays music from a Mac, and so much more.” The HomePod mini also comes features Apple’s U1 chip, which enables you to bring your iPhone close to the smart speaker to hand-off music playback. 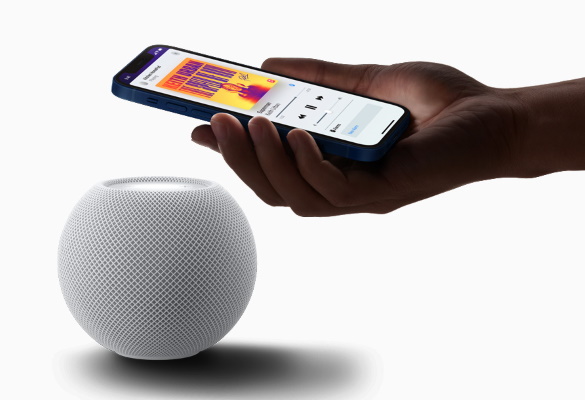 You will also see music controls and suggestions without having to unlock the device but there’s a catch. This feature will only get activated later this year. The HomePod Mini also brings along a new ‘Intercom’ feature to communicate with others across your home and will support third-party music services such as Amazon Music, iHeart Radio, and Pandora later this year.

The HomePod mini has been priced at $99 and will be available in two color variants, namely Space Grey and White. It will compete against Google’s recently unveiled Nest Audio and the Alexa-backed 4th-gen Echo, which is also a spherical orb like the Mini.

If you are planning to buy the HomePod Mini in India, you would be excited to know that it has been priced at Rs. 9,900 in the country. This smart speaker will be up for pre-order from 6th November and will begin shipping from 16th November. It will be available to buy from Apple’s online store and authorized resellers.

iPhone 12 Users Can Now Download iOS Updates over 5G Data; Here’s How to Enable It