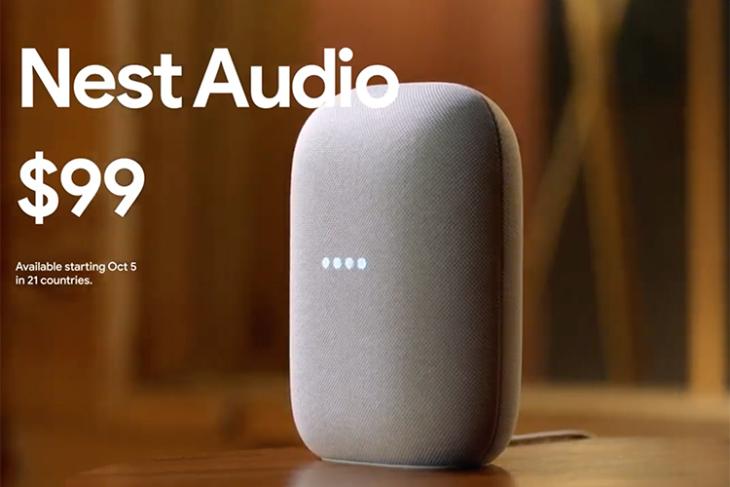 Google has launched the new Nest Audio smart speaker today. You know, the speaker that Google revealed a while ago. The Nest Audio is aimed to be a replacement for the original Google Home speaker launched way back in 2016.

The new Nest Audio looks a lot better than the original Google Home that most people compared to a room freshener. This one comes completely wrapped in fabric, and you can get it in one of five colors: Sage, Sand, Sky, Charcoal, and Chalk. Sage and Sky are my personal favourites out of the lineup, by the way.

The speaker comes with a 19mm tweeter, and a 75mm mid-woofer for clear highs and deeper bass. In fact, Google claims the new Nest Audio is 75% louder than the Google Home and has 50% better bass response as compared to its older sibling.

Also, as expected, the Nest Audio can be paired with other speakers to create stereo setups or even multi-room audio configurations, just like with Sonos speakers.

The speaker’s smarts are obviously powered by the Google Assistant, and there’s nothing new there. It does all the same things the Google Home does, or the new Nest Mini does. You can ask it to play music, tell you the weather or your commute to work among a bunch of other things. You know, everything the older Google Home can also do. It just looks better while it does it.

Google has priced the Nest Audio at $99, which pits it right against the also newly announced orb-like Echo speaker. So you get to choose between Alexa and the Google Assistant, along with the different shapes of the speakers. The speaker will be available from October 5th.