Skip to content
Home News Apple Brings “Display Zoom” to 5.8-inch iPhones; Here’s How to Turn It On 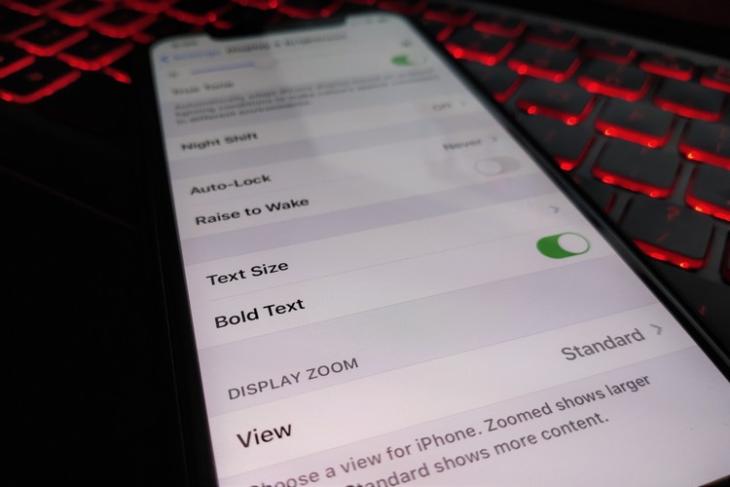 Along with tons of features and a lot fewer bugs, the latest betas of Apple’s iOS 14 are also bringing hints and sneak peeks to their future products. So, recently Apple released the third developer beta of its mobile operating system, and with it came yet another subtle change. Users found out that the “Display Zoom” feature, which was not there in any 5.8-inch iPhones, now supports a new display resolution.

Now, “Display Zoom” is essentially an accessibility feature that makes every element of the system a bit bigger than standard. It is quite useful for someone who finds it difficult to tap or see app icons or buttons in “Standard mode”. Below are some pictures for a quick comparison. 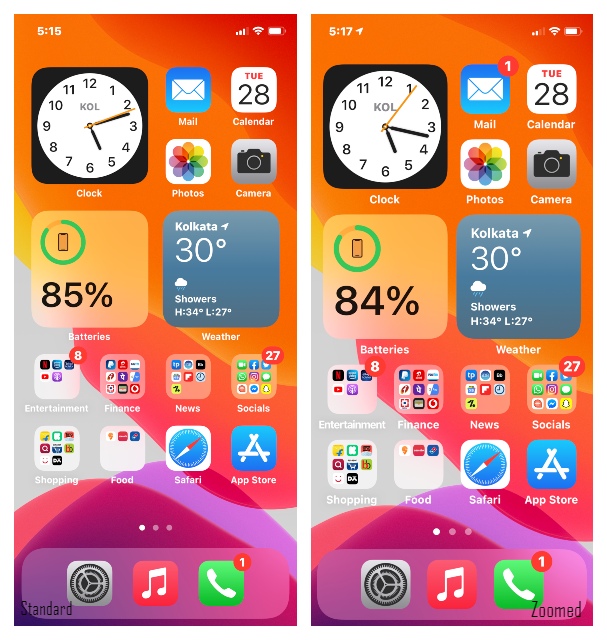 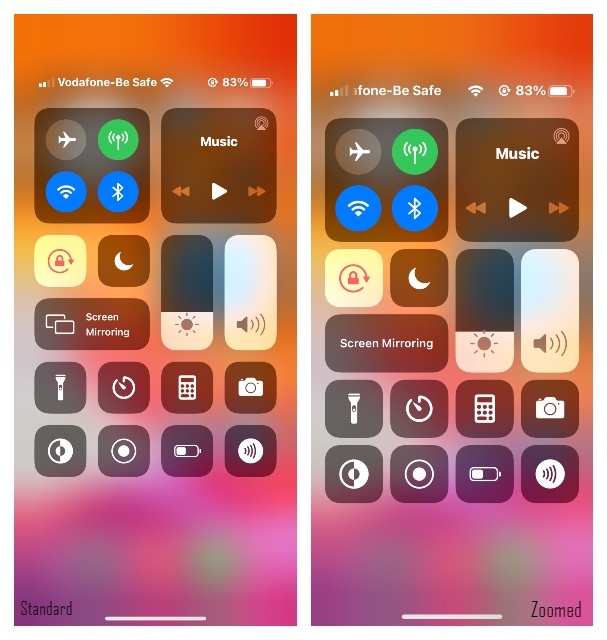 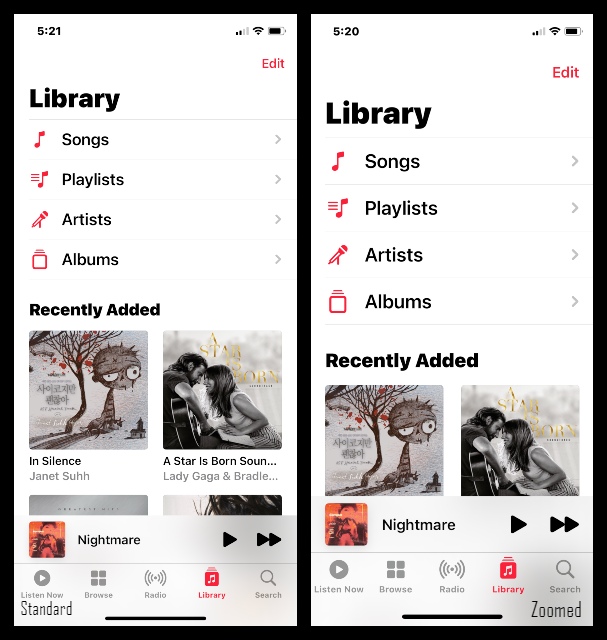 How to Enable “Display Zoom” on iPhone

Now, I have been using the public beta 3 of iOS 14 on my iPhone X and as you already know that it is a 5.8-inch device, I too got this feature very recently. And if you want to turn this on on your device, now that it supports all the devices, just follow the steps below: 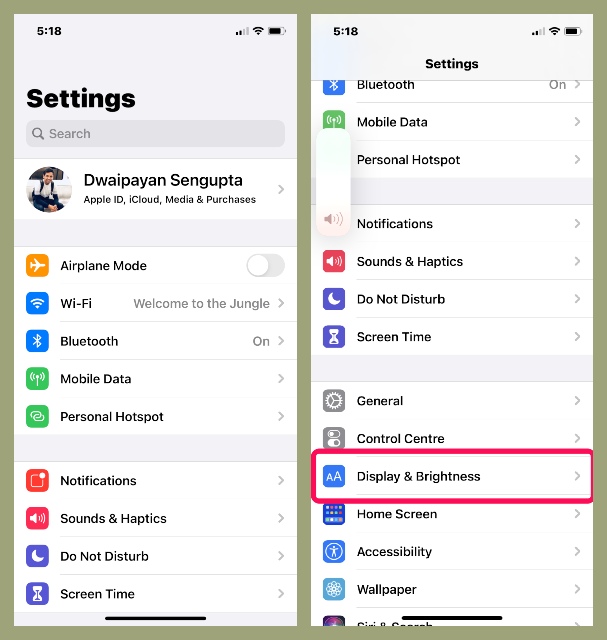 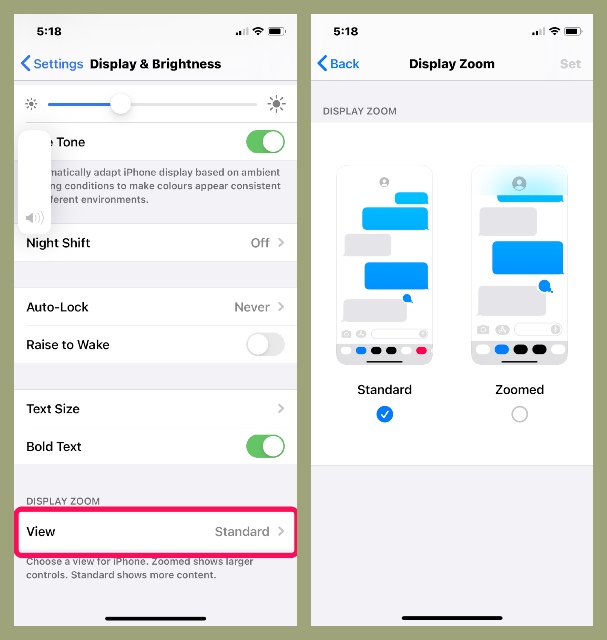 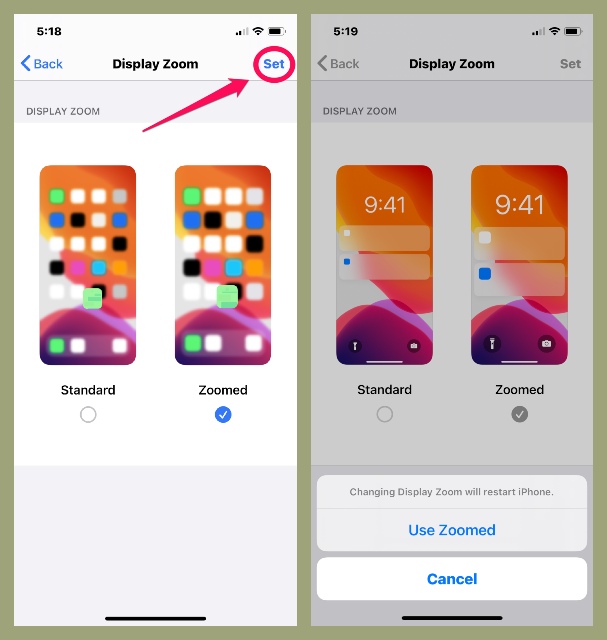 Note: Your device might respring with the boot loop logo or your screen might flicker. However, there is nothing to worry about. As soon as the device implements the settings, which takes a few seconds, it will function normally again.

So yeah, this is how you can make the system-wide texts or the app icons bigger in size on your iPhone.